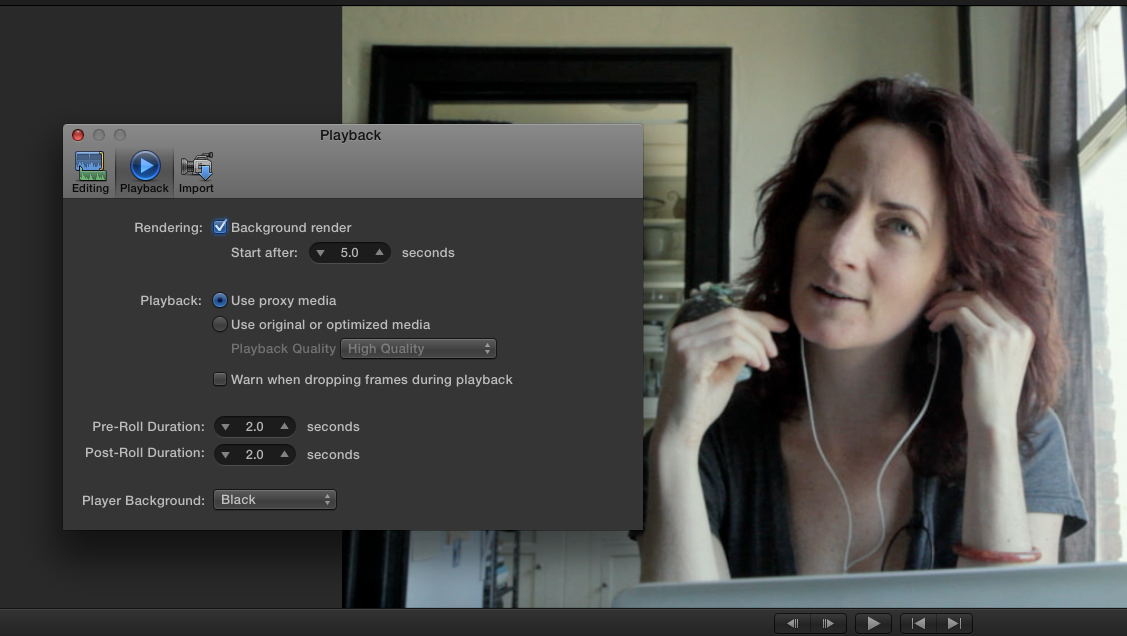 Although Final Cut Pro X allows you to begin editing immediately while you ingest footage (an incredible feature), I’ve discovered that this really only works if you’re importing one event at a time. I’ve got 3 Tb of footage, all of which I’ve chosen to generate proxy files for to edit on (because my Drobo Pro isn’t fast enough to keep up with editing hi-rez files). I had hoped it would be possible to create multiple events and queue them up to import overnight, but no such luck. Every time we try this (on three different machines) FCPX will eventually freeze and/or crash. And the app forgets whatever it was transcoding when it crashes, requiring you to manually hunt down which files finished and which didn’t.

What this means in practice is that we have had to babysit importing our events, one or two at a time. Even with our four-core macs, creating proxy files for 3TB of video takes a long time. We’re still not finished, but the end is in sight. I’m looking forward to a more stable version of FCPX that will allow batch importing. But the current plodding pace is already a vast improvement over Final Cut Pro 7, which simply placed files into bins on import. This version creates thumbnails that are instantaneously skimmable, allow you me to see at a glance what I’m looking at. Also, when this organization process is complete, virtually all of the dual system audio will be connected, so that we’ll be editing with the good audio already in place AT THE CLIP LEVEL (not scattered in the blizzard of sequences that PluralEyes used to create on the old version).

Working with proxies is incredibly powerful in FCPX. You can sync audio to them, you can cut with them, you can even do basic color corrections on them, and everything will get applied to the original media when you’re ready for output. They speed things up tremendously if you’re connecting to your primary storage with Firewire 800, as I am. And, they look good. They are Apple Pro Res files, at 1/4 resolution of the original. So as long as you’re not playing them full screen, you can hardly tell the difference in the Viewer.

I was never able to figure out how to use proxy media on Final Cut 7, but with FCPX, using proxy media is dead simple (once you’ve waited for all the transcoding to finish): turn it on with a single click, located under the Preferences > Playback tab: “use proxy media.”

10 thoughts on “Proxies and Patience: prepping for the edit in Final Cut Pro X”