As crowd funding becomes a staple of more and more creative projects, I’ve been getting a lot of work helping artists find work! For this campaign, I shot a bunch of interviews for my friend Dane Ballard, the writer of an unconventional musical that he’s hoping to bring to Seattle after a successful run in San Francisco. Here’s the scoop:

For generations, the Grimaldi family has thrilled audiences the world over. From the opera houses of old Europe to America’s silver screen, they were the quintessential showbiz family. Now the last surviving member of the Grimaldis is dead and the auction house of Sutter and Son is liquidating their estate.

As our show begins, we meet Walter Sutter, a friendly and somewhat awkward young man who is the block clerk for the auction house, and the “son” in Sutter and Son. The auction business bores Walter and he dreams of a life in show business, a dream discouraged by his rather gruff and overly practical father Hiram Sutter.

When the ghosts of the Grimaldis start to haunt the auction house with their dazzling performances, Walter not only learns what it really means to be in show biz, but he also uncovers dark secrets about his own destiny.

The Grimaldis may be dead, but the show must go on.

“The Grimaldis” is a new story written by Dane Ballard and is directed by Kerry Christianson. The script celebrates the triumphs and tragedies of a life in show business from the eerie perspective of a family of performing ghosts.

Featuring original songs by John Woods, “The Grimaldis” is a mix of cabaret, circus, improv and musical theatre. The experience is immersive with the audience finding performances happening all around them. With the absence of the fourth wall, the characters interact directly with the guests, mingling with the audience throughout the show. Even the food and drink is presented as part of the story, a sort of “theatre amuse bouche” to pull the audience further into the experience.

We need $30,400 to cover the cost of a TWO WEEK Off-Off-Broadway run of “The Grimaldis” (May 16th, 17th, 18th & May 23rd, 24th, 25th). Money needed includes theater rental; rehearsal space; the services of our creative team of artistic and musical directors, fourteen actors, and a four-person live band; costumes; props; lighting; sound; and set design.

An independent show this big can’t happen without the support of people who care about performance art.

Today our client IndieFlix, a Seattle movie streaming service, released a 30-second spot we produced for them, with some amazingly talented people.

IndieFlix CEO Scilla Andreen provided the location for the shoot: her living room, which we converted into a studio for a day. Her son Ian (home on winter break from college), and daughter Natalie both make brief appearances in the video, and worked as PAs on set.

Ruben Rodriguez is a young documentary filmmaker we have worked with in the past, and for this project we brought him on as PA. Ruben ended up on the other side of the lens too, playing a young filmmaker musing on how much he likes getting paid. Say it for all of us, Ruben!

Randall Dai, Telissa Steen and Victoria Kieburtz are in the picture, all of whom we met from short narratives we worked on last summer for the 48-hour film project and The Last Light. Jeff Hedgepeth, one of our main characters in Beyond Naked, pitched in, as did some of Lisa’s dance community friends including Susan Rubens, Leslie Rosen, and Dennis Richards.

Thank you to everyone for bringing your talents to the project and we look forward to working with you again soon. 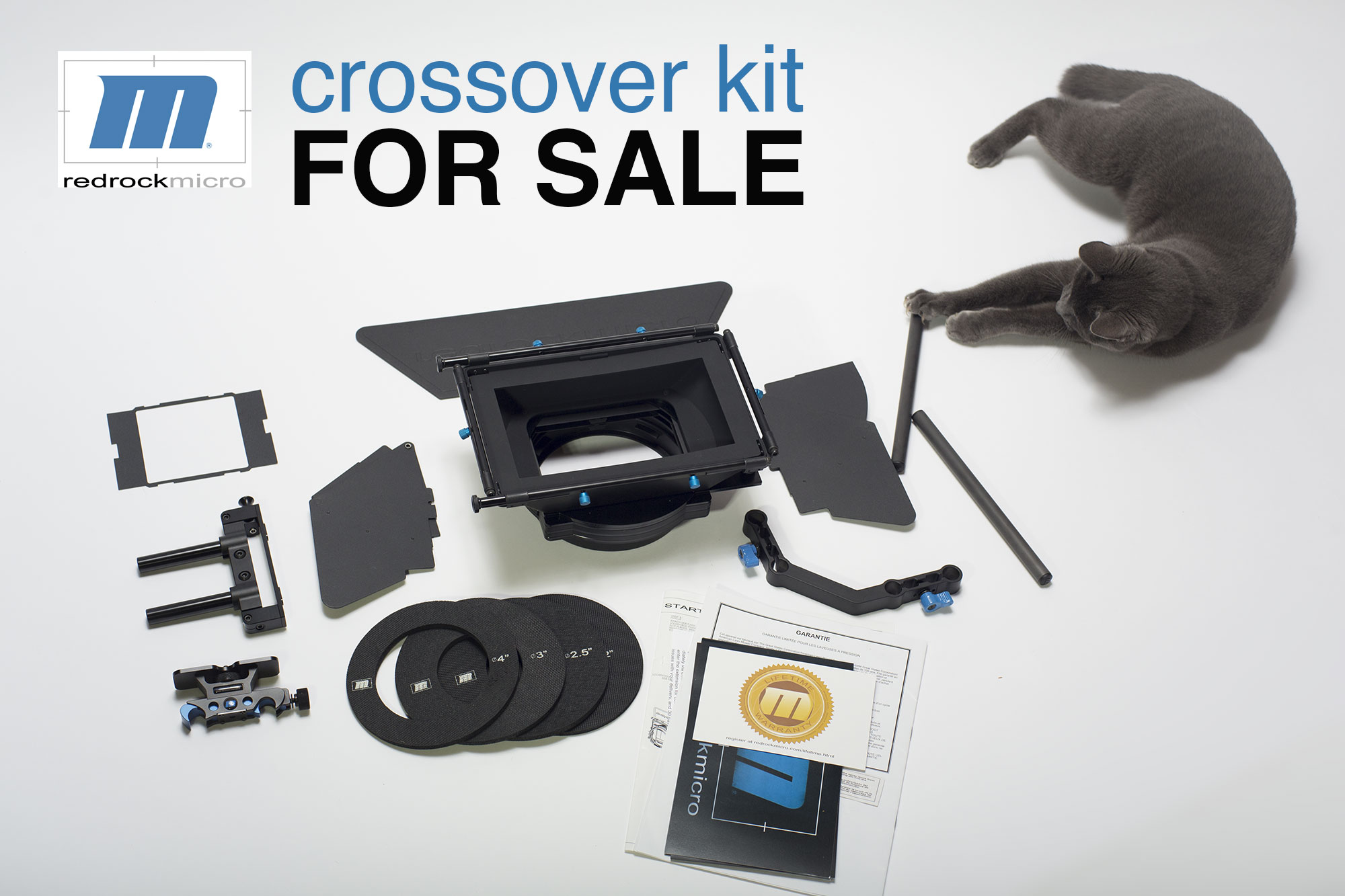 UPDATE: Item sale has been SOLD via Ebay. Thanks for bidding!

I’m doing something I hardly ever do: selling gear that I really like. I was fortunate enough to win my Redrock Micro Crossover Kit last summer in the American Photographic Artists short video contest. But I already own three matte boxes, and I find I’m just not using this one. And you know, this matte box deserves to have work doing what it was born to do: make movies.

Everything about this kit is pure mint – I’ve had it out of the original packaging just once to play with it. The lifetime warranty is included for you to register, #19830. This kit retails for $995 – I’ll sell it to you for $840, in the original packaging. Sorry, the cat is not included!

Drop me an email to dan@visualcontact.com or call me at 206.228.0780. I’ll make an update to this post when it’s sold – so if you are seeing this, that means it’s still available if you’re quick! 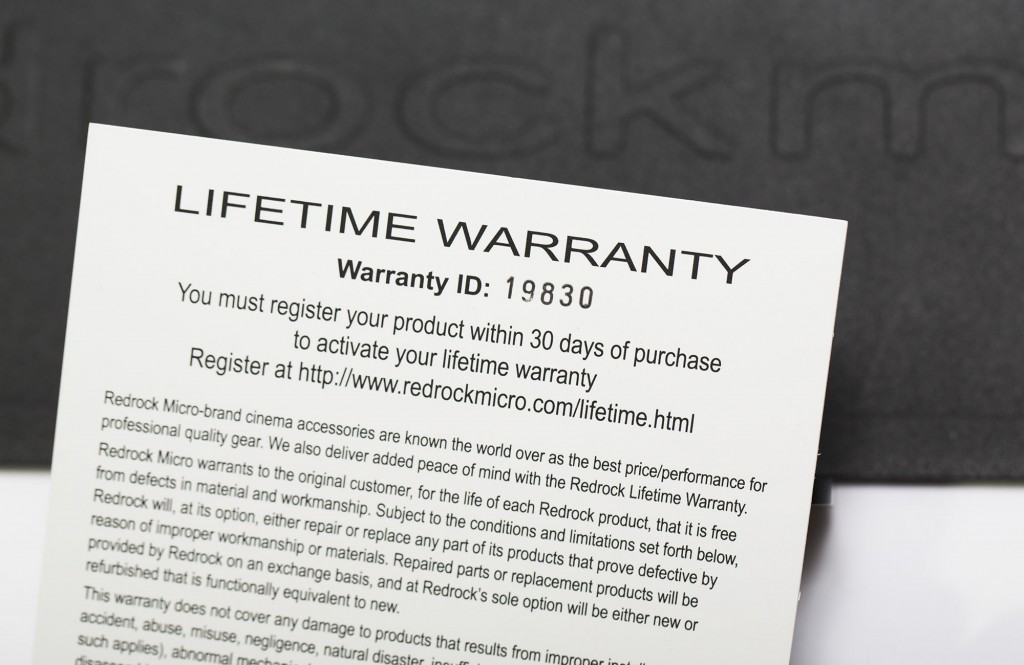 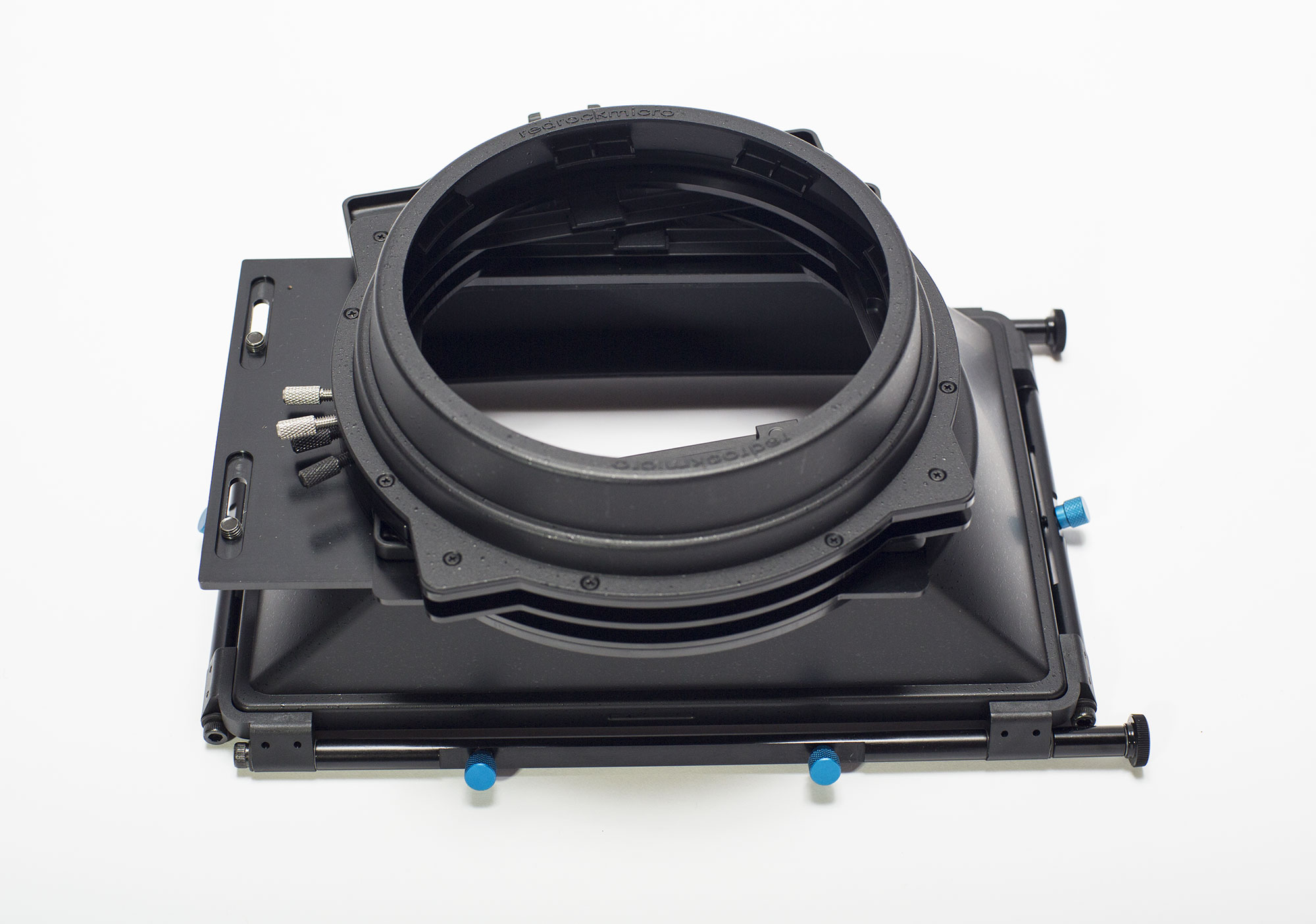 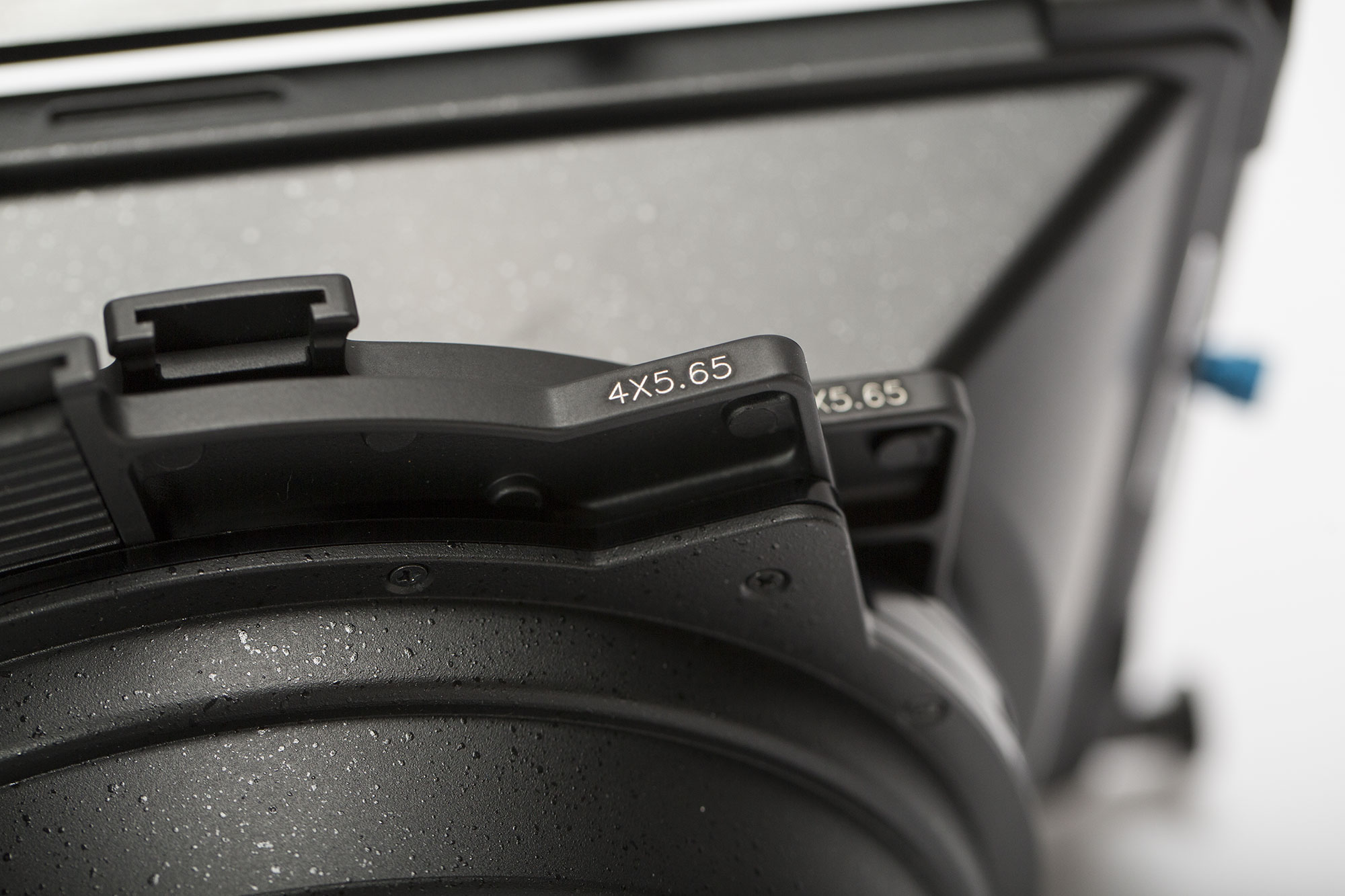 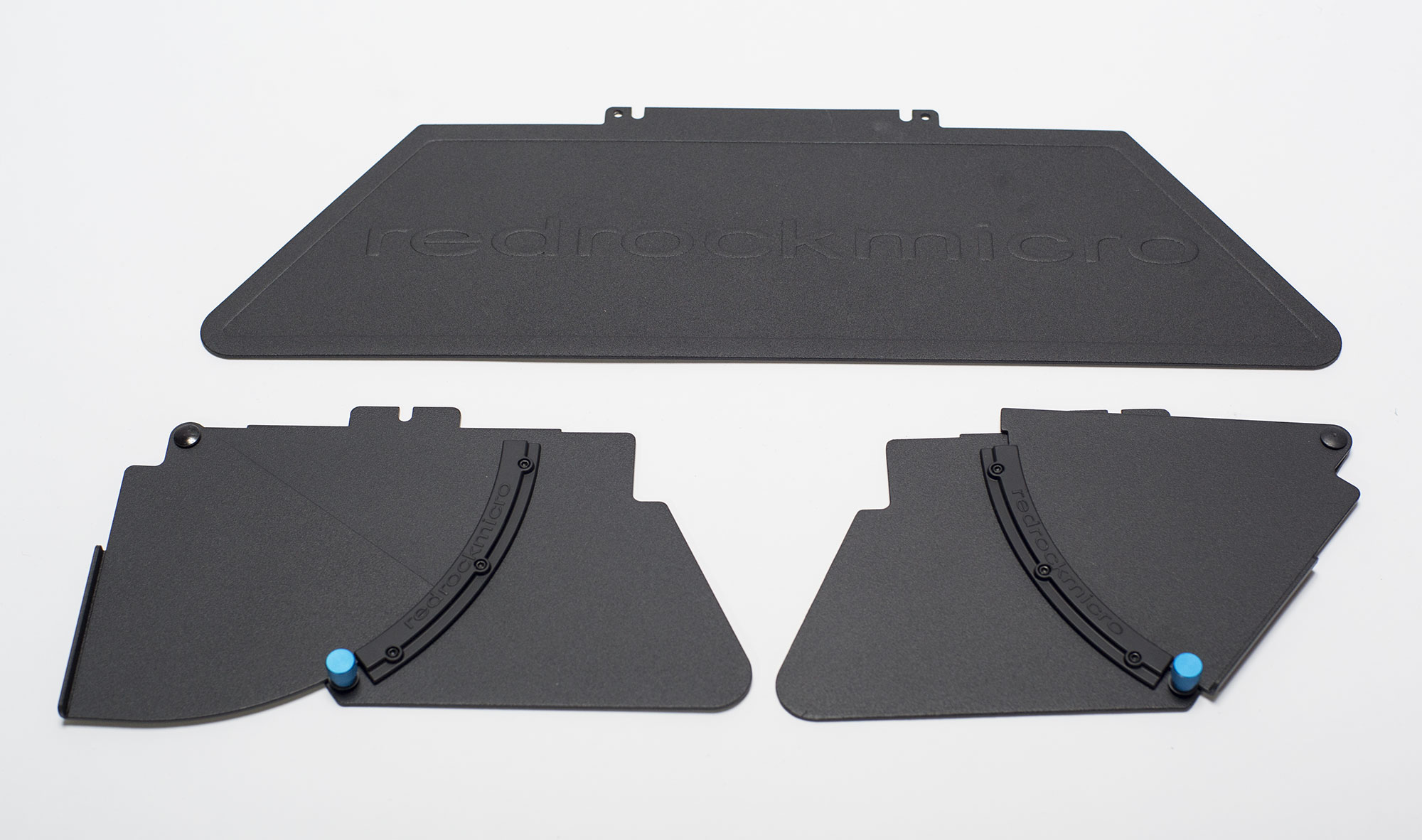 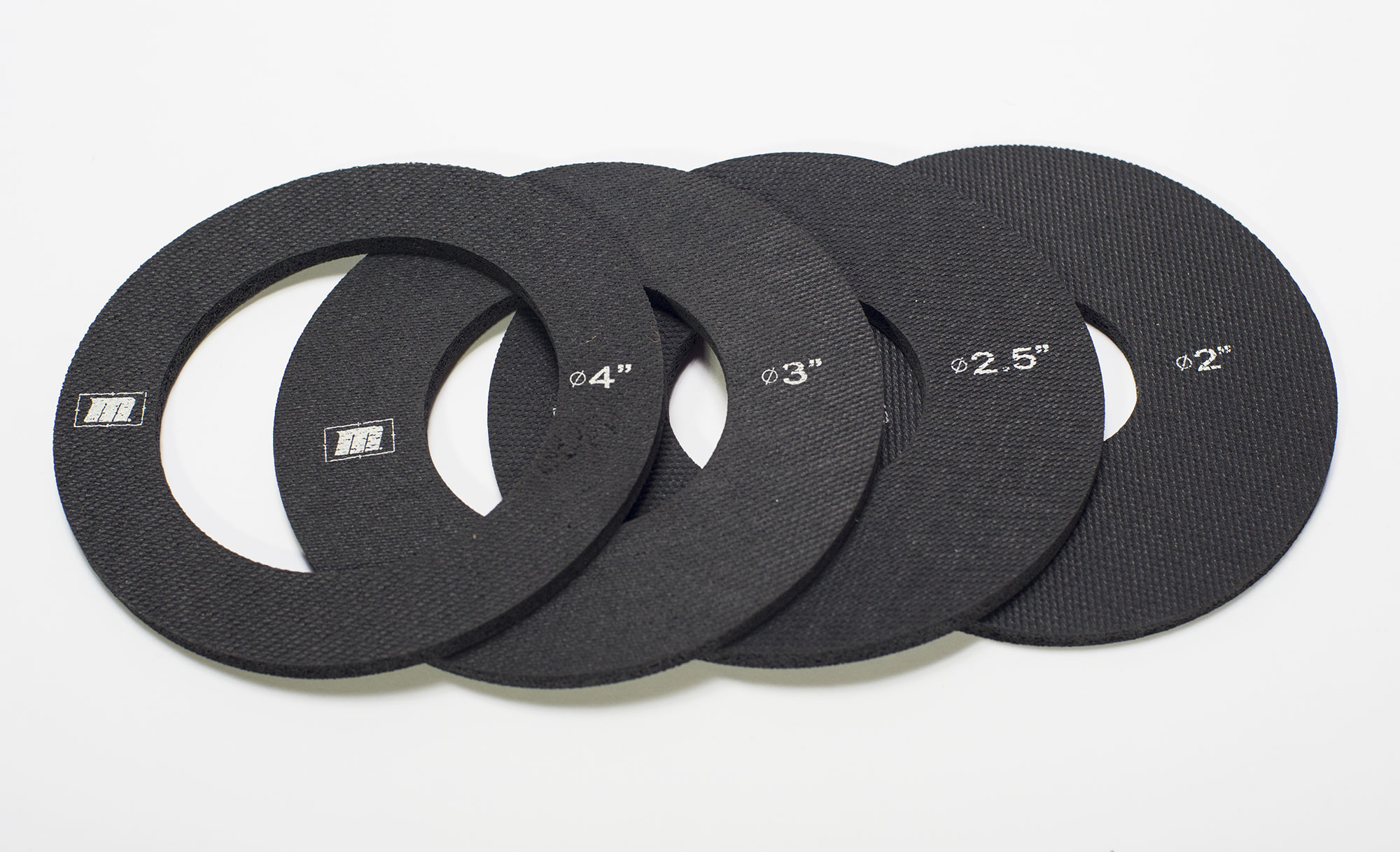 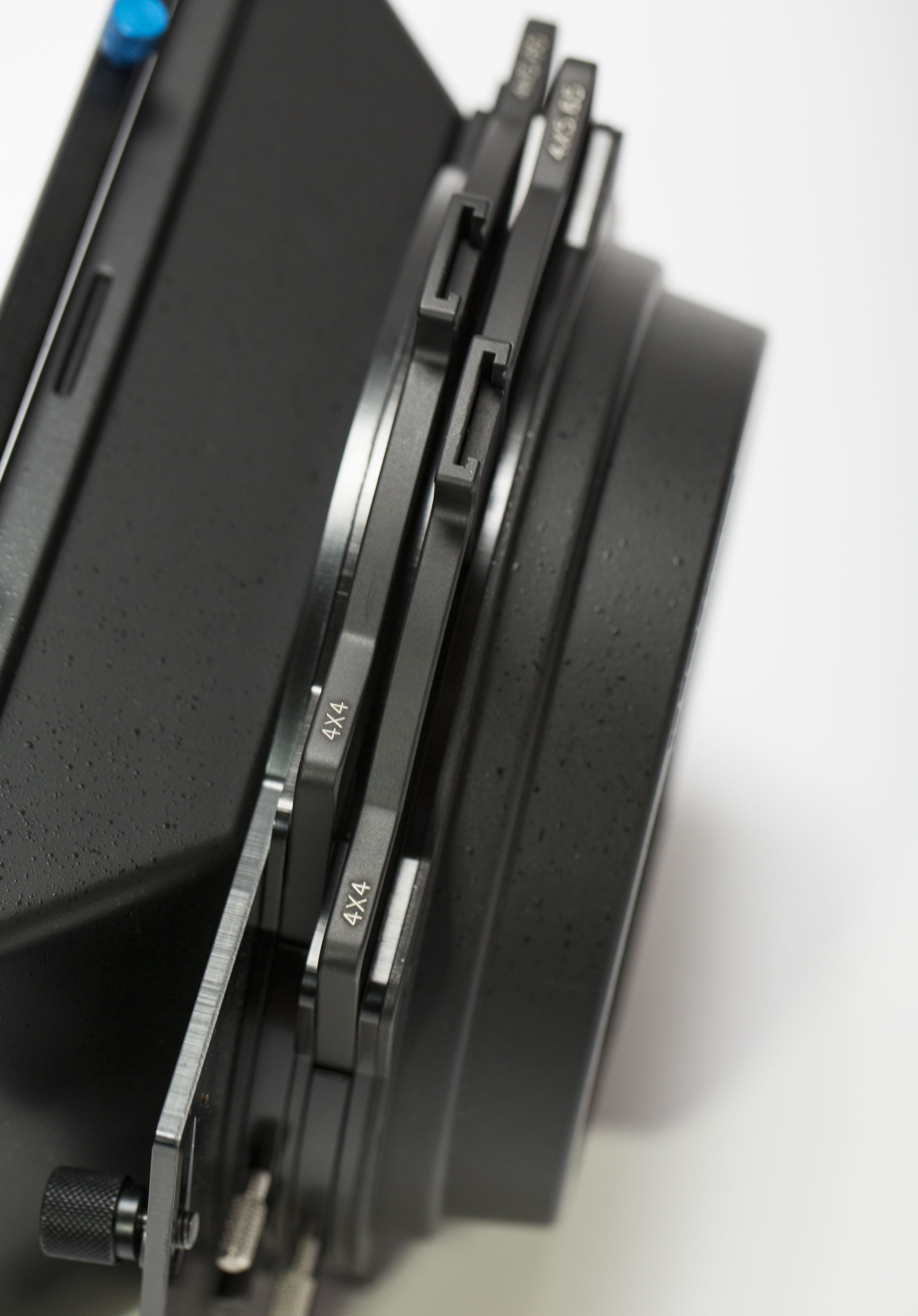 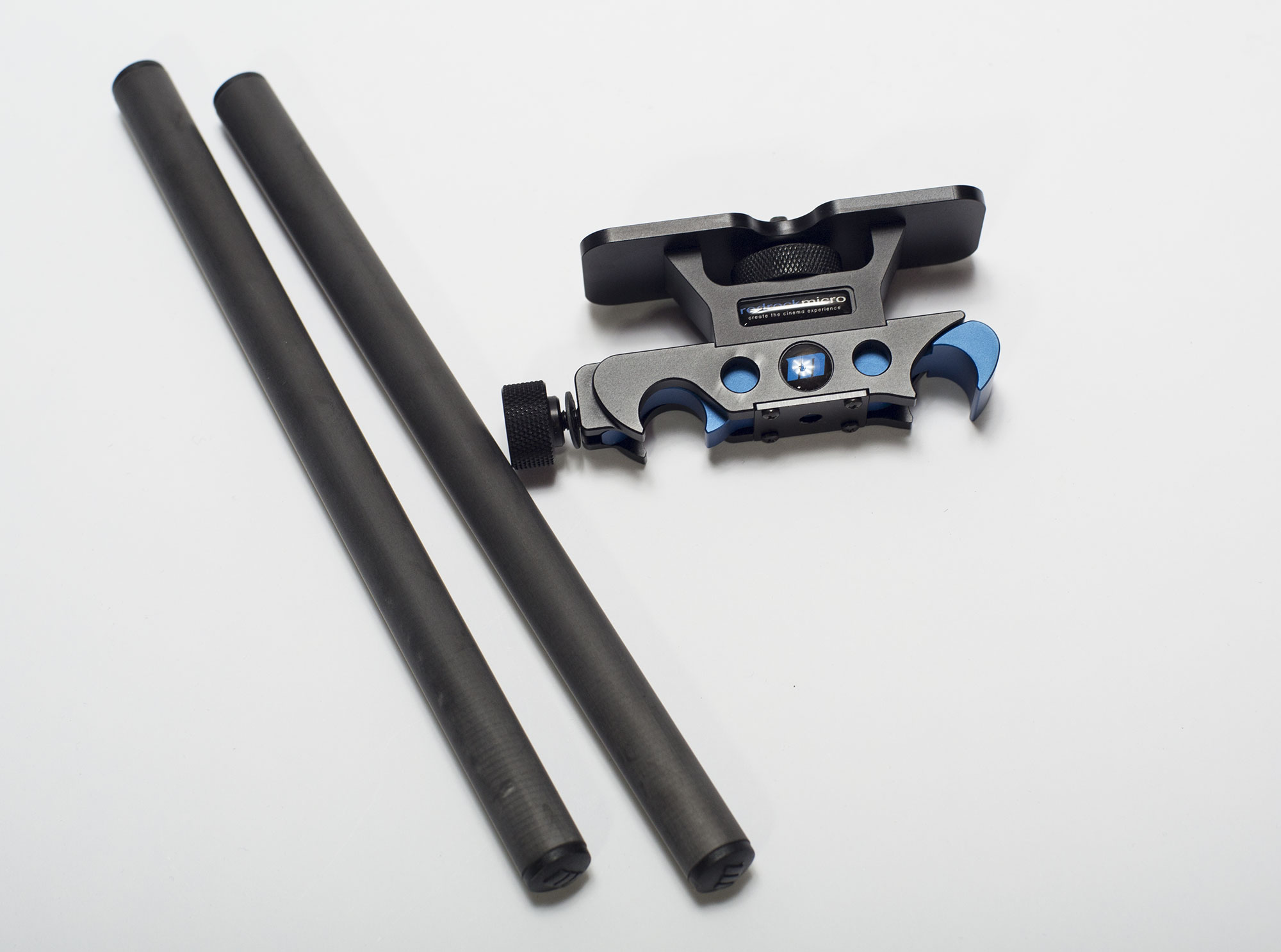 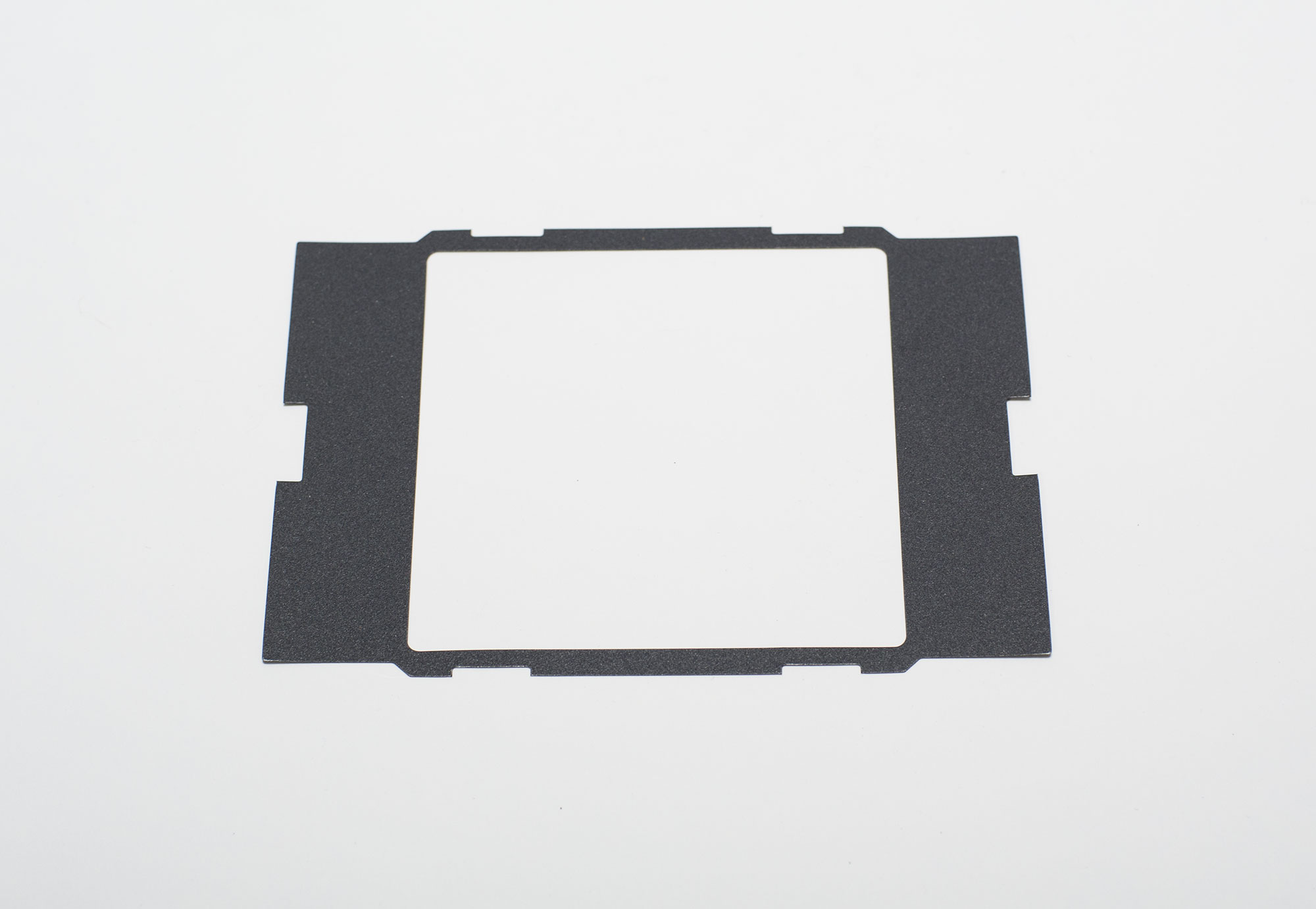 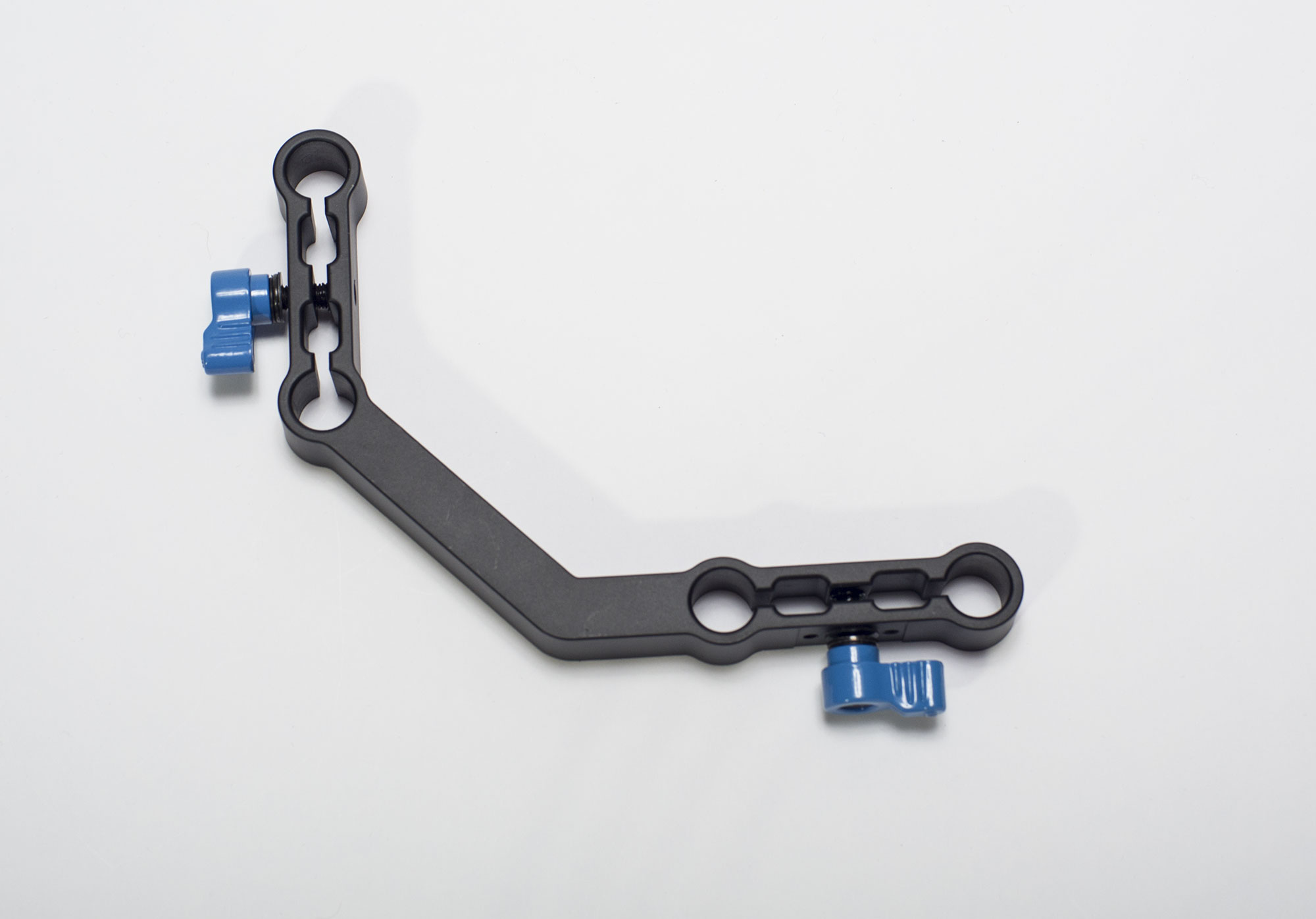 I love my 5dmkiii. There’s still nothing like shooting video on a full-frame sensor. So when Magic Lantern released a firmware hack that allows shooting video in raw, I was eager to try it out. And it’s amazing: super vibrant 14-bit color, captured with 12.5 stops of dynamic range. That’s a whole ‘nother league beyond the 8 stops of DR and 8-bit color that comes out of the 5dmkiii natively. But it’s quirky to shoot with, and buggy enough that I haven’t been able to use to complete a project. Until today.

Today Lisa and I are thrilled to release our first project shot entirely in Magic Lantern raw, The Dollmaker. It’s part of our Makers series, which focuses on people who make things by hand. We love topics that are slightly dark, and when we saw Clarissa Callesen’s work, we knew we had to film her. She graciously allowed us to invade her studio for a day, and shoot this piece.

Most of the credit for this piece goes to my partner Lisa Cooper, who produced, directed and edIted the film. I stayed focused on cinematography on this one. And I have a few things to say about shooting raw on the 5dmkiii. 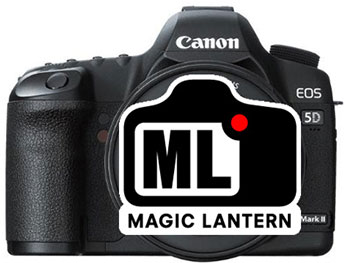 First, it’s a data hog. A 64 gigabyte CF card fills up in about 10 minutes. And the cards are expensive enough that I only own three of them. So it was necessary to lay off the cards as soon as they were shot, in order to always have a fresh one ready to go. This would work better if we had a DIT person on set, but of course, that’s a luxury we don’t have (or want, really) for these unpaid, self-assigned projects. It basically meant that we had to have a laptop with CF card reader and hard drive going all day on location. But when you consider that old film spools were about 9 minutes, hey, it’s not so bad.

Second, there is quite a bit of assembly required in post, before you get a video clip. I had to unpack the files using a utility called RawMagic, and then I had to convert the many individual DNG files (one for every frame of video, which each weigh about 4 megabytes) into ProRes for editing in Final Cut Pro X. I used Adobe After Effects for this, and it’s mind-numbingly slow. Davinci Resolve has since added support for the type of Cinema DNG file that Magic Lantern produces, and this speeds up the process tremendously. Best of all, the Lite version of Resolve is free, and nearly full-featured.

Third, once you get a ProRes daily generated, the colors, crispness and dynamic range of the image are freakishly awesome. We love the ProRes file so much that we just throw away the raw. It’s too expensive for us to store it, and the ProRes is so good, in comparison to what we’re used to with H264, that we are thrilled with it. But this does mean you have to be making some basic color grading decisions at the time you generate the daily. Not a big deal – because with a DSLR, you are making those decisions at the time you shoot anyway. Saving the raw files would allow you to defer those choices as long as you wanted.

Fourth, raw wants slight overexposure, unlike h264 on the 5d, which wants slight underexposure. I’m still getting used to this idea. But with Magic Lantern raw, underexposure = noise. Lots of noise. You can add denoising in post, and the 10-bit daily cleans up nicely, much nicer than the 8-bit I’m used to. But still, you’re so much better off to overexpose a little, and not have to deal with the noise at all. I’m finding about 1/2-stop of overexposure is about right. It’s kind of like shooting negative film – a little overexposure just gives you more detail to pull a print from.

Fifth, there is no sync sound in Magic Lantern raw. So that means clapping everything, which I kind of hate doing on docs. I prefer using PluralEyes to sync my footage. And you can’t do that with Magic Lantern raw. You’ll notice this video has no sync sound – we recorded the sound effects that you hear, but I had to play around with getting them to sound right, since they weren’t synced. Another big time drain. So I definitely would not recommend using Magic Lantern raw on any project that needed sync sound.

Sixth, color grading is harder, even though the file is better. It’s the paradox of choice: you can do so many things in the grade, that you can get lost in the weeds trying on options. Because I’m not a professional colorist, I like the predictability of dropping FilmConvert Pro onto my footage, which is pre-mapped to 5dmkiii with the picture style that I use. I get great results every time that way. But with these raw files, you have to really approach the grade like a pro, without presets. So it’s more work.

Seventh, you can turn any lens into a macro by using Magic Lantern’s crop-sensor shooting mode. But beware: if you have an hdmi monitor connected, it will result in pink-frame tearing. In fact, you’ll get a few random pink frames into your footage even if you disconnect the monitor. So it’s not a feature you can really depend on. But there’s something incredible about being able to be shooting with a 50mm lens, and just punch in the focus, and start rolling at 150mm equivalent, up close. Notice the shot of the brooch in the heart-shaped case at 1:22:20. You could pull the artist’s fingerprint off one of these frames! That’s with a 50mm, non-macro lens, in crop-sensor mode. It’s sick.

I’ll definitely be using Magic Lantern more in future projects. The image is just too good to be resisted! But the challenges associated with acquiring it and the workflow issues will probably keep me from using this extensively for now.