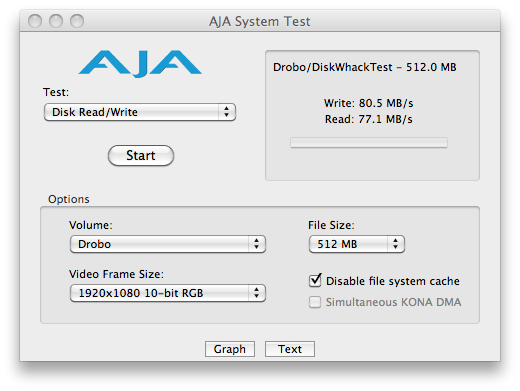 Ever since I heard that Apple was about to release a radically new version of Final Cut, I’ve had it in my head to cut my film Beyond Naked with it. And fate agreed: it was released on the same day that principal photography on my film ended. So today I sat down with FCPX to get acquainted.

The experts say you should take these things slowly. Cutting a feature film on a brand new Apple product is a bit like getting married after a single date. But I’m a confirmed early adopter, an Apple fan, and a bit of a romantic. So I’m going for it. I’ll let you know how it goes.

My first impression was to scratch my head. The interface is different. Really different. I had to spend about three hours with it before the lights began to blink on. But once they did, I can see why the new version is going to be killer. In descending order, here’s what blows me away:

1. Storyline vs. Timeline. The old timeline is history, replaced by a single “storyline” that everything magically drops into and stays connected with. No more keeping track of layers and layers of stuff: it’s all on the same line! Now, to layer something above or below the main clip, you do something called a Connect edit. That joins the clip you’re adding to the storyline. Do a couple of these and you’ll wonder how you ever did it the old way.

2. Audio sync: ahhhh, so easy to connect zoom audio with dslr reference audio for individual clips. And just as easy to drop out the reference and bring up the zoom audio, or to mix them together. But so far I don’t see a way to sync multiple clips at the same time, as you can with pluraleyes.

3. Events and metadata: In the old Final Cut, it was possible to log everything, put in notes about takes, label them, etc. But I never did any of that. Did you? Well, on this new version you will. Some of it’s done automatically for you, like recognizing what type of shot you’ve got, how many people are in it, and more. And tagging is a snap, and it’s so heavily incorporated into the interface that you find yourself wanting to tag everything. You can even tag a section of a clip, which creates something like a subclip.

I’ll have more to report as I get deeper into it. But after the first date, I’m confident this is going to be a love story.

As the sun lingered above the horizon on the longest day of the year, we filmed the final scene in Beyond Naked. Golden Gardens seemed like a fitting place to say goodbye to each other, and hello to summer.

It feels like we’ve come such a long way together. From the stillness of the opening scene shot six months ago on Dec. 21, to the thunderous climax of the Solstice Parade last Saturday, we’ve followed the arc of the sun. As it turns a corner, so do we.

By coincidence, Apple released a long-anticipated new version of Final Cut Pro, the editing software we’ll be using to cut this film, on the same day. It’s time for Lisa and I to put down our cameras, and put on our editing hats.

What sort of story will we find in the footage? We had help on Saturday from 42 amazing volunteers, who shot hours of yet unseen footage, which is freshly stored on our hard drives, like a present waiting to be opened. From inside that footage, as the sun travels south, we’ll pull the threads story. And on December 21, this film will be completed. And the sun will start this way once more.

I want to thank everyone who helped make this film: the four brave people we’ve been following, the dozens of people who helped cover the parade, and the 166 backers who funded our successful Kickstarter campaign. When it’s finished, I hope it makes you laugh, and cry, and more willing to do one thing every day that scares you.

Yesterday afternoon, as my small crew and I calculated how much money and time separated us from our Kickstarter campaign fundraising goal, one thing became strikingly clear: it was time for action. Facebook posts weren’t going to get the job done alone. So my crew decided that it was time for their director to hit the streets.

This made me deeply uncomfortable. I’d rather ride naked in front of 100,000 people than beg for money. But my crew was insistent: you have to do something. So I picked up the sign they made for me, and hit the street on the same spot where, in a few days, hundreds of naked cyclists will be riding.

Out there, I felt naked. Beyond naked. Which, as I think about it, I’m glad I got to experience. After all, this is a film about four people willing to push themselves beyond their comfort zone.

So today, with 60 hours remaining in our campaign, I’m asking you to join me in the uncomfortable space that remains and help me close the gap. We are nearly 80 percent of the way there! We can totally do this, and make a film that all of us will be proud to say “I helped fund that film.”

Werner Herzog is the closest thing I have to a hero in the film industry. Here’s why. Colbert Report with Werner Herzog