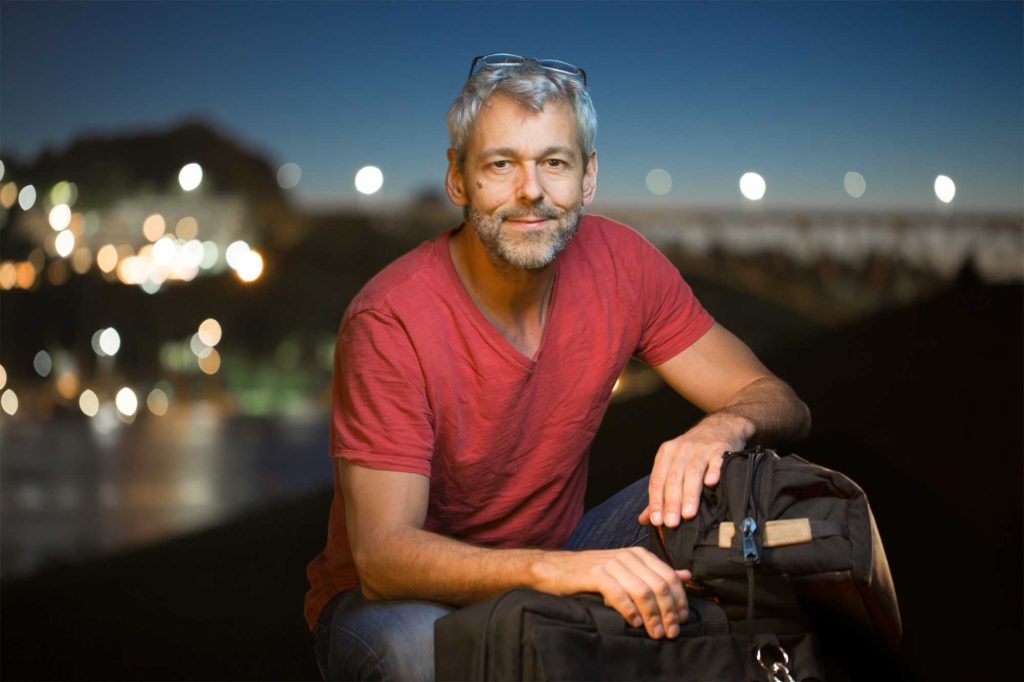 Dan McComb is an Emmy-nominated Canadian-American filmmaker who makes story-driven films that help raise billions of dollars for clients like UW Medicine. He teaches cinematography at Seattle Film Institute and is an FAA certified drone pilot.

Commercial work: Visual Contact is my Seattle-based production company. I’d love to help you tell your stories. Please get in touch for a free consultation.  (206) 228-0780 (cell) or email me at dan [at] visualcontact.com.

I learned visual storytelling as a photojournalist whose work appeared in newspapers and magazines including Time and Newsweek.

I attended Werner Herzog’s Rogue Film School in 2010. I’ve DP’d for Emmy-winning director Michael King and two-time Oscar nominee Kirby Dick. One of my short films, The Metalsmith, was nominated for an Emmy in 2015.

During the summer of 2014 I DP’d a short called Pearl that won Best Short Film at the 2015 Madrid International Film Festival, among other awards. I directed and shot my first feature-length documentary, Beyond Naked, in 2013.

Zero-Emission filmmaking.  To help accelerate the world’s transition to sustainable energy, Visual Contact uses fully electric vehicles for all projects within 150 miles of the Seattle area.