On my current film, Beyond Naked, most of the audio we recorded was fairly straightforward, dual-mono, 2-channel recording: lav audio was recorded on the left channel, and shotgun mic on boom went on the right channel. Reference audio was recorded with on-camera mic, which we use to sync the clips in DualEyes. Then, we create Synchronized clips in FCPX by connecting the video with the audio, and we’re ready to roll.

But occasionally we faced a more complicated situation: phone conversations. During production we recorded these situations on a Zoom H4N in 4-track mode, which produces individual files for each side of the conversation. So in post, instead of one audio and one video file, we have to sync three files: 1 video to 2 audio clips. And of course, the audio won’t sync to the audio clip of the person on the other end of the line, because only her side of the conversation is in that file, leaving nothing to sync to.

I spent a few hours today figuring out how to do this in FCPX, and discovered that the clever engineers at Apple have built an extremely elegant method for doing this and storing it in the clip rather than in the project. How cool is that? Here’s how it works.

1. Select the video clip and the audio track that has the cleanly recorded version of the reference track. Right-click and select “Synchronize clips” or press cmd-opt-g. 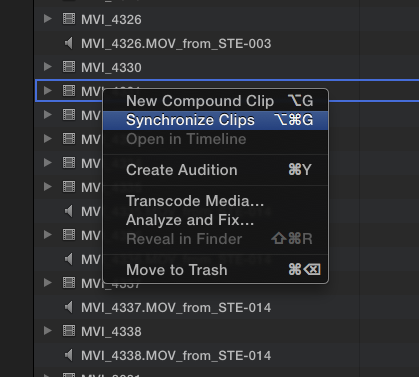 2. Right-click on the new synchronized clip, and select “Open in Timeline.” 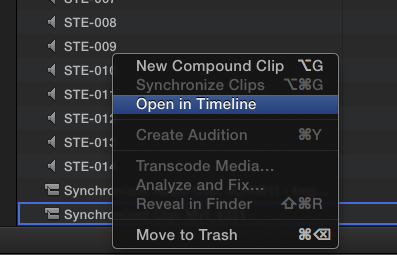 3. With the clip open in the timeline, select the third audio file. Align the playhead to the start of the first audio file. Press Q. 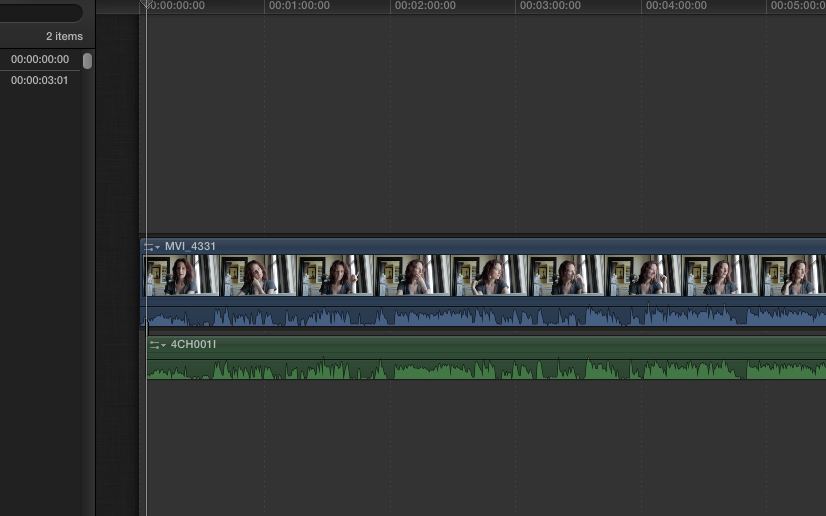 4. The audio clip is immediately connected below the second audio clip, and is in perfect sync, because the two clips are of precisely the same length. 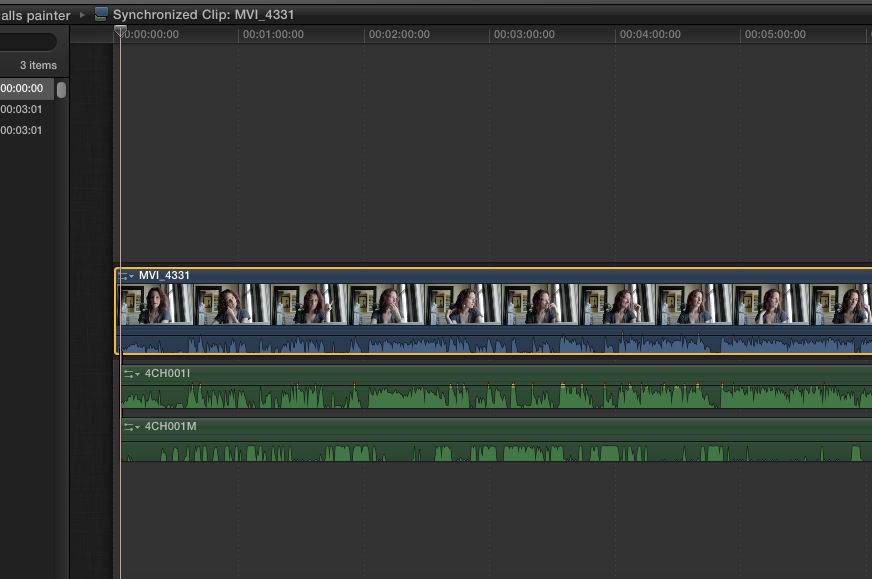 4. Close the clip in the timeline by pressing the back arrow located in the upper left of the timeline. The additional audio clip is now stored with your synchronized clip.

What’s so incredibly sweet about this technique is that the you’ve just created a compound sync’d clip, all before you’ve even created a single project file. Everything happens in the event library on the CLIP! Test this out by selecting the clip and spotting it to the timeline by pressing e. it comes with all the sweet audio goodness, ready to roll and for further refinement such as mixing one channel louder than the other. In the prior version, stuff like this happened in the sequences, so you had to create a temporary or placeholder sequence just to prepare your clips for editing. I hated the confusion that caused me. With this, it’s all clean and simple, and stays where it belongs: clips are clips, and the timeline is the place where you edit those clips.