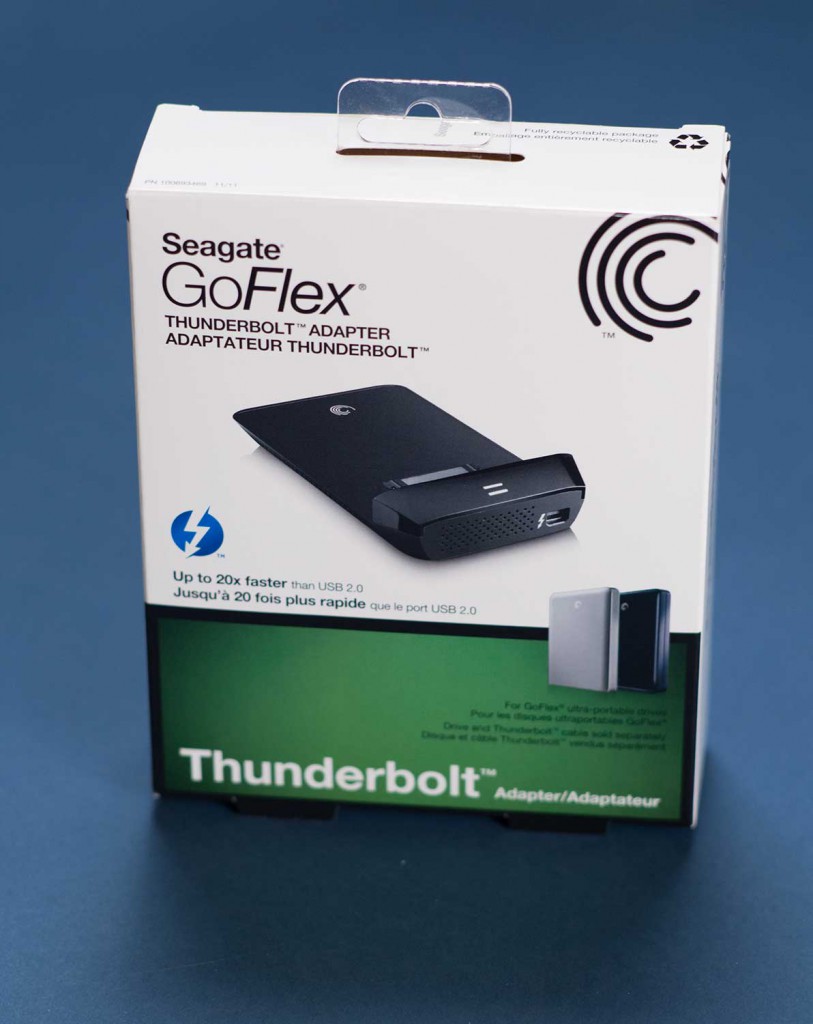 One of the nice things about the Blackmagic Cinema Camera taking forever to ship is that it’s allowed me time to slowly acquire the additional tech that this beast requires to run. The big one, of course, is SSD drives. I picked up a SanDisk Extreme 480GB (SDSSDX-480G-G25
) drive on Black Friday for $285, a smokin’ deal for a card that retails for around $350.

Reports from those lucky enough to have the camera already reveal that in it’s current version, there’s no way to get footage to offload from the camera directly. Hopefully this will be addressed by a future firmware update. For now, at least, this means we’ll need to mount the card into an external case of some kind to offload footage. As far as I can find, no one yet makes anything as simple as a CF card reader for these devices. But I discovered one manufacturer who makes something pretty close: The Seagate GoFlex Thunderbolt adapter. It’s relatively cheap at a hundred bucks, and I can attest that it works fine with at least one of the drives on Blackmagic’s approved list, the aforementioned SanDisk Extreme SSD 480k. With a little work, I’ve discovered it can get the job done nicely.

There’s a slight problem with this drive combo: it doesn’t work when plugged directly into a 2011 MacBook Pro. Apparently the portable macs Thunderbolt port doesn’t supply enough power (it works fine with my 2011 iMac). The good news, though, is that it DOES work when plugged into the Thunderbolt port of our externally powered Lacie 2big Thunderbolt drive. And that is how we intend to use it in the field: to offload files directly to the Lacie. So we’re good. But it won’t work if you intend to lay off directly to your MacBook’s internal drive.

If you insert the disk bare, which is what you want to do when swapping cards in and out of the Blackmagic Camera, there is a gap under the card, which could be dangerous because it causes the connection to bend and it might ultimately break with use. To fix, I took a stack of business cards, and taped them down. You’ll have to use trial and error to pick the exact number to fill the space perfectly. Like so: 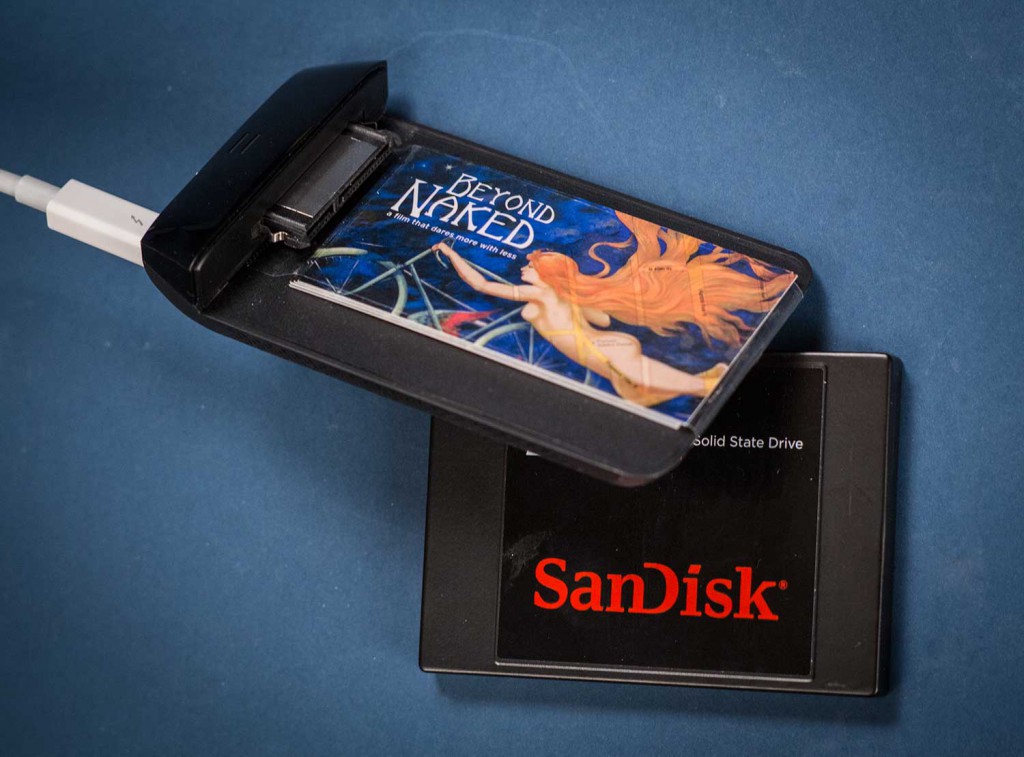 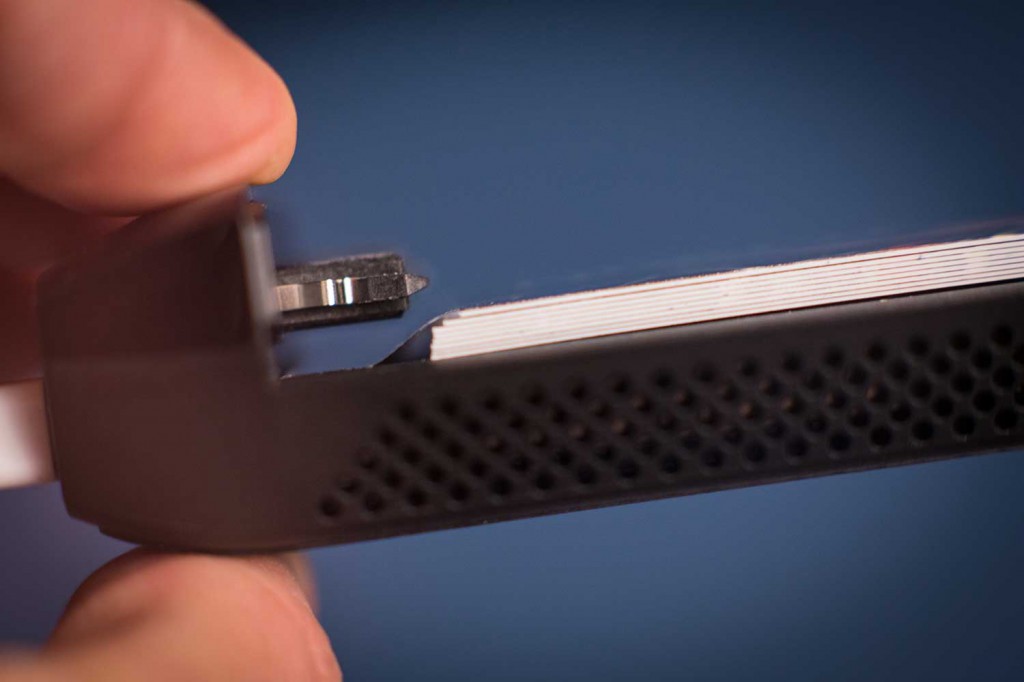 An elastic holds everything in place during transfers. 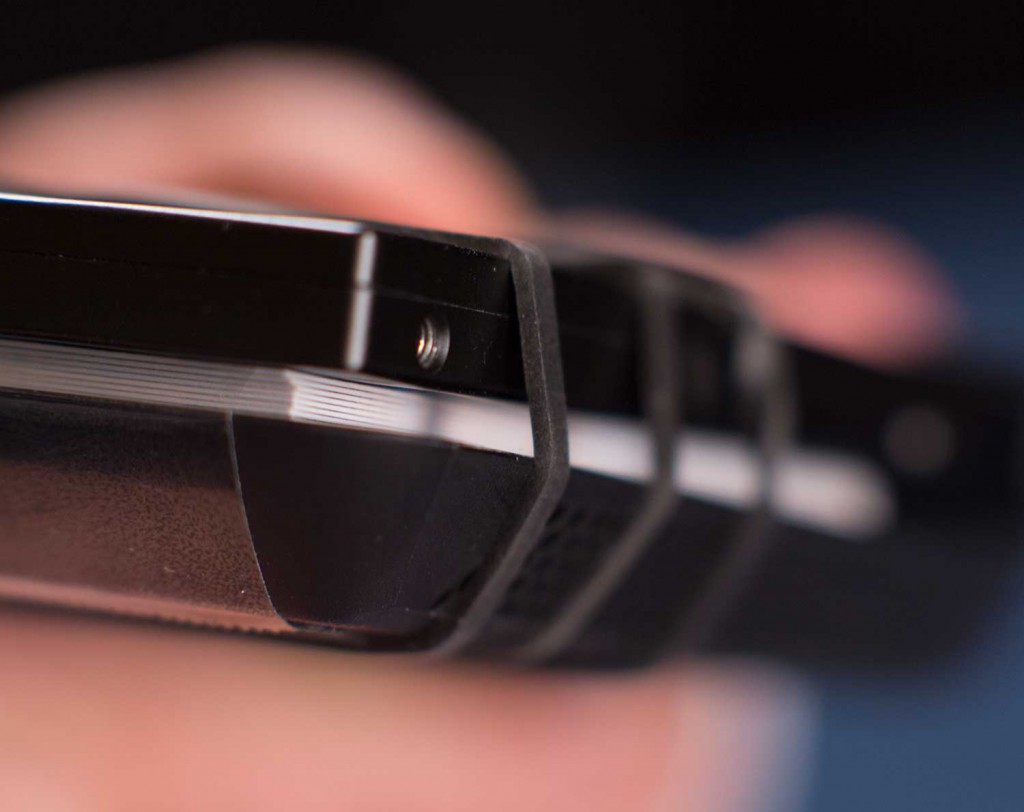 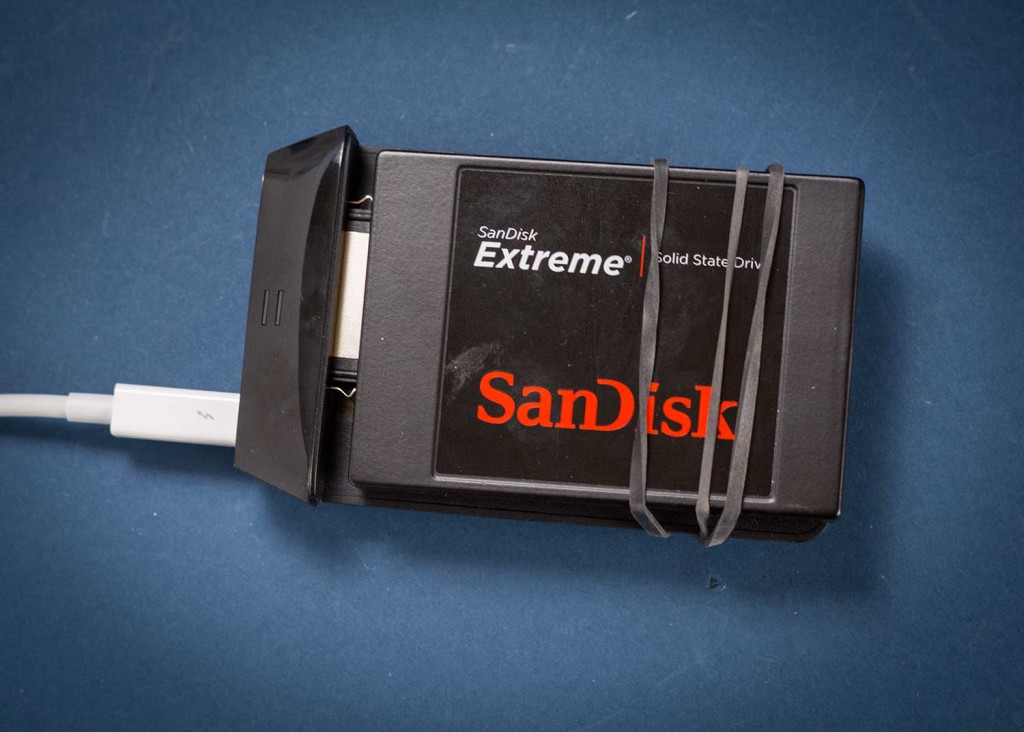 With this dock and drive setup, here’s the speed I’m clocking for transfers: 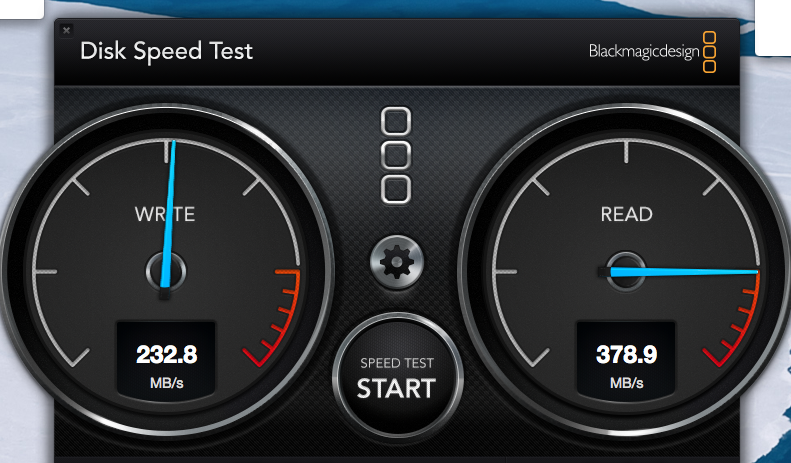 By way of comparison, here’s how my other drives rate. Promise Pegasus R4: 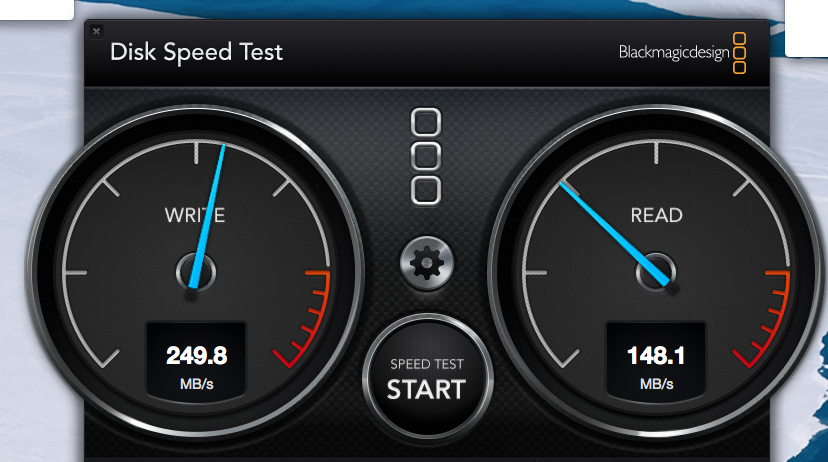 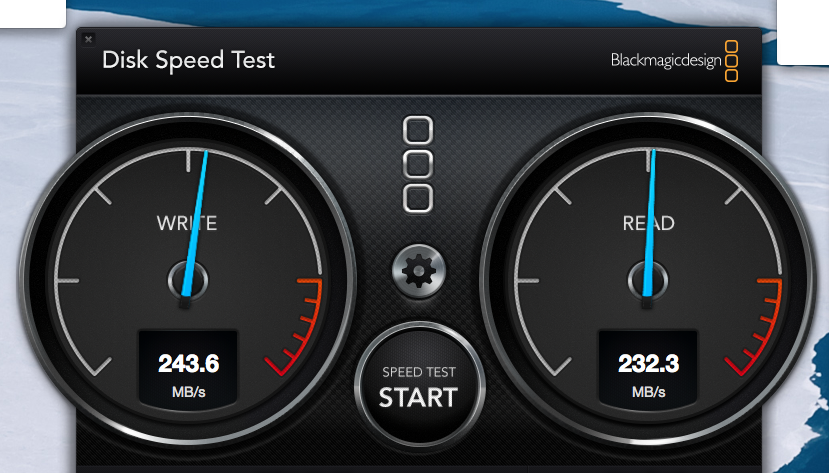