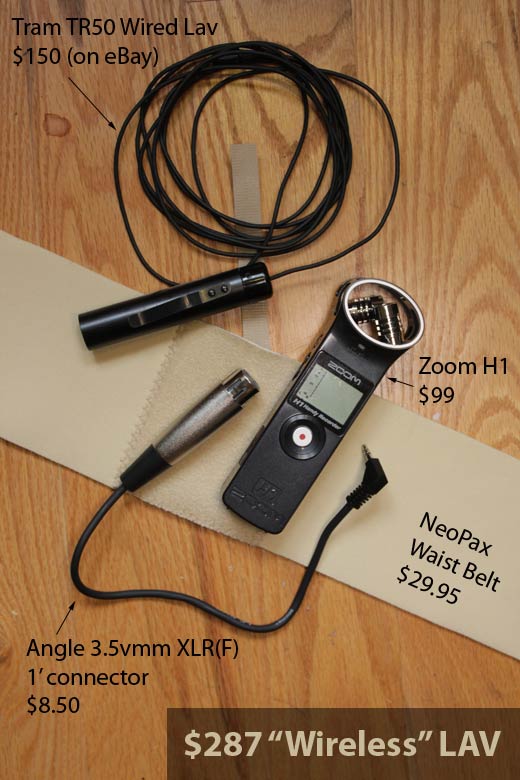 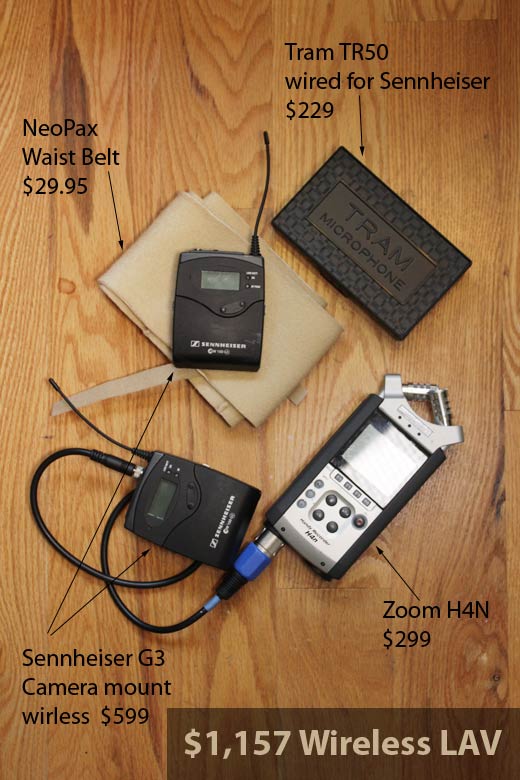 I’m going to make this a really brief post and let these images do most of the talking. Here’s two configurations that I’m now using for attaching a professional Tram TR50 lavalier mic on subjects for recording dialog. The first is with my Sennheiser G3 wireless system, which I love. But it costs $1,157.

Compare this with a system I’ve put together using Zoom H1 and a hardwired version of the Tram, which I found on eBay for $150 bucks. (Granted, this isn’t strictly an apples-to-apples comparison, or I’d have listed the full price of the Tram in each configuration. But I’ve found it easier to find the hardwired version of the TR50 on ebay, and harder to find the same mic wired for Sennheiser there.) 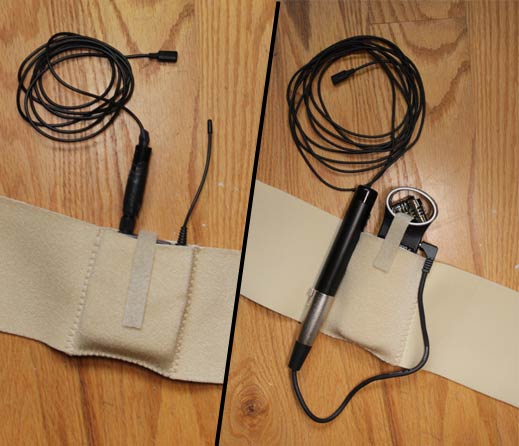 The image above shows what each configuration looks like when it’s hooked up and ready to roll. As you can see, the Sennheiser wireless wins hands-down in terms of compact size. But the wired version is surprisingly compact, and will hide under a shirt easily (unless it’s a tight t-shirt, in which case it’s a bit bumpy). Another drawback to the Zoom H1 is that there is no way to monitor recording. Update: Dmitry posted a comment explaining that there IS a lock function on the H1 (and also on the H4N) – to activate it, simply push the on/off switch toward the “hold” position – voilas – keys are all locked. Awesome.

Despite these few limitations, here’s the bottom line: The Zoom H1 used as a “wireless” lav is 4 times cheaper than the Zoom H4N configured with Sennheiser wireless. The audio quality that both systems produce is comparable, as I’ve pointed out in my H1 vs. H4N sound test previously.

There are also some advantages to using a wired lav – namely, you don’t have to worry about getting too far away from the subject, or interference from others using same frequencies, which can be a hassle in crowded news gathering situations such as a trade show floor.