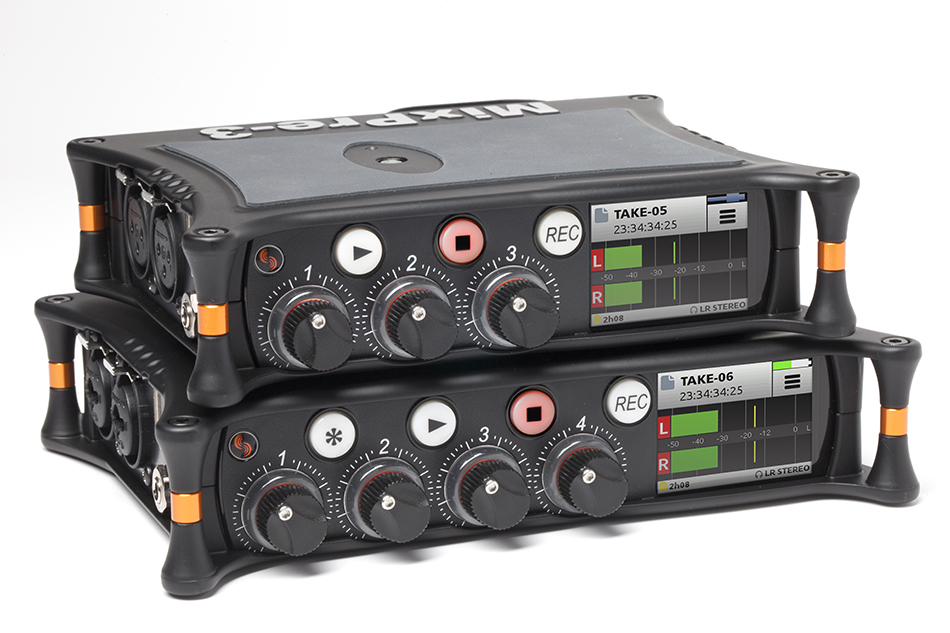 Meet the new MixPre 3 and MixPre 6

For years I’ve been wondering why Sound Devices didn’t make something like my MixPre – which is an amazing little mixer – but with recorder built right in. Maybe to protect their high-end recorder mixers? Maybe too hard to fit everything into such a small package? But as more and more companies like Zoom began offering affordable versions of such a device, it became apparent that Sound Devices was leaving a LOT of small filmmaker dollars on the table that other manufacturers were only too happy to grab.

So this year at NAB, Sound Devices finally turned my fantasy into reality by announcing two mixer/recorder devices: the MixPre-3 and MixPre-6. For about the cost of the original MixPre, you can now buy a full-fledged multi-track recorder that offers those incredibly pristine Sound Devices preamps. In fact, they’ve gone one better, and are shipping them with pre-amps that are even quieter than their professional 633 mixer/recorder! What’s more, both of these little miracles can be controlled and monitored from an iPhone app. Thank you Sound Devices!

The reason this is so huge for me is that it will allow me to throw away half of my sound bag, and consolidate to a single device, instead of two. This means less battery requirements, less bulk, fewer cables and fewer failure points. Additionally, I use a workflow in which my producer logs interviews, and for that, the iPhone app allowing her to see the audio timecode will be invaluable.

A new benchmark for small-production audio

The only physical difference between the two devices that I can see without getting my hands on one is that one has 4 individual XLR inputs and one has 3. So the MixPre 6 can record more individual tracks. There’s also one minor difference on the front – the MixPre 6 has an asterisk button that presumably allows super-easy annotation of the interview by pressing that button when you year a good sound byte. I use hand-written log notes, so that’s not a big thing for me. And I pretty much rarely do more than a two-person interview, so the ultra-compact 3-channel MixPre 3 is going to be PERFECT for my needs. And the price is so awesome: can you believe all of this from Sound Devices for $649?

The only thing missing from this mixer/recorder is XLR line outs. The only option to output to a camera is via a 3.5mm unbalanced jack, and that means I won’t be able to use it with my breakaway cable. So for shooting interviews, I’ll stick with my MixPre – Tascam DR-70D combo. But for audio-only interviews, which are the foundation of cinematic storytelling, the MixPre 3 is perfect.

This recorder/mixer is clearly on its way to becoming the new gold standard in audio recording for small documentary productions. Sound Devices is going to sell a ton of these, and I can’t wait to put mine to work.