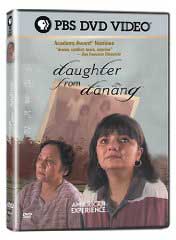 The best documentary films, like the best Hollywood narratives, seem to always have a twist. When Gail Dolgin and Vicente Franco met Heidi Bub, a Vietnamese orphan raised in the United States, they probably thought they had a nice “daughter returns to country of origin, meets mother in joyful reunion” story. But life has a way of surprising everyone’s expectations, and luckily for the filmmakers and everyone watching, the happy reunion soon evolves into a clash of cultures and expectations that is totally worth watching.

Synopsis: At the end of the Vietnam War, more than 2,000 Amerasian children were separated from their parents and airlifted to the US. Daughter from Danang follows one woman’s quest to be reunited with her birth mother, and the unexpected outcome of the reunion.

Story Structure: Nonlinear opening, followed by linear story. Film opens with historical footage from final days of US evacuation from Vietnam, in which mix-race babies are being brought to the United States for fear that they will be killed by incoming Viet Cong. Jump to interview with present day Heidi Bub, talking about what happened to her. Jump to Vietnam where we see Heidi’s mom walking in surf with her voiceover talking about how much she misses her daughter and wants to be reunited with her. Now that story train is launched, we then pick up chronology as she boards plane to visit her mom, and we follow her through the visit, and return home; two-year gap then a follow up to see where she’s at by the time the film was completed is a nice epilogue.

Cinematography: There’s some big problems in the cinematography: for example, there’s a recurring problem in which the lens hood is visible on the wide shots for part of the film – which shows how beginner the filmmakers were at that stage of the filming. But we’re willing to forgive that because it supports the story, which is compelling. There are also a few incredibly beautiful scenes from life in Vietnam, my favorite being white-clad young women riding bicycles through the streets, which camera overtaking them slowly from a moving car. Stunning.

Another memorable thing about the cinematography, which I haven’t seen in a documentary (and was possibly a happy mistake?) is street scenes shot at 48th/sec shutter speed or below, in which there’s ghosting and blurring. These scenes are used as memory scenes – in which Heidi in voiceover is describing something she remembers from childhood. Another unique thing: Blurry footage (possibly blurred in post) is used as background for the credit roll. Usually you have credits rolling on black, so I thought this was pretty innovative and an effective way to emphasize the fuzziness of memory, a recurring theme of the film.

Editing: The opening sequence of the film features an incredibly beautiful animated letters falling into place, then falling away again. Because of the amateur hand-held cinematography, the editor makes use of a lot of very quick cuts. And that’s very effective. For example, when Heidi boards a plane to visit her mom, the photographer followed her down the isle of the plane filming – but of course, that would be some really jerky footage, so the editor just found the least jerky two seconds, and used that. It’s a great way to work with this type of footage, and it tells the story effectively.

Music and Sound: Music sets the mood and location for the film from the opening by playing oriental string instruments in background. Switch to dixieland, bango-picker music when we hear about Heidi’s upbringing in the South.

One thought on “Daughter from Danang | documentary 19 of 100”