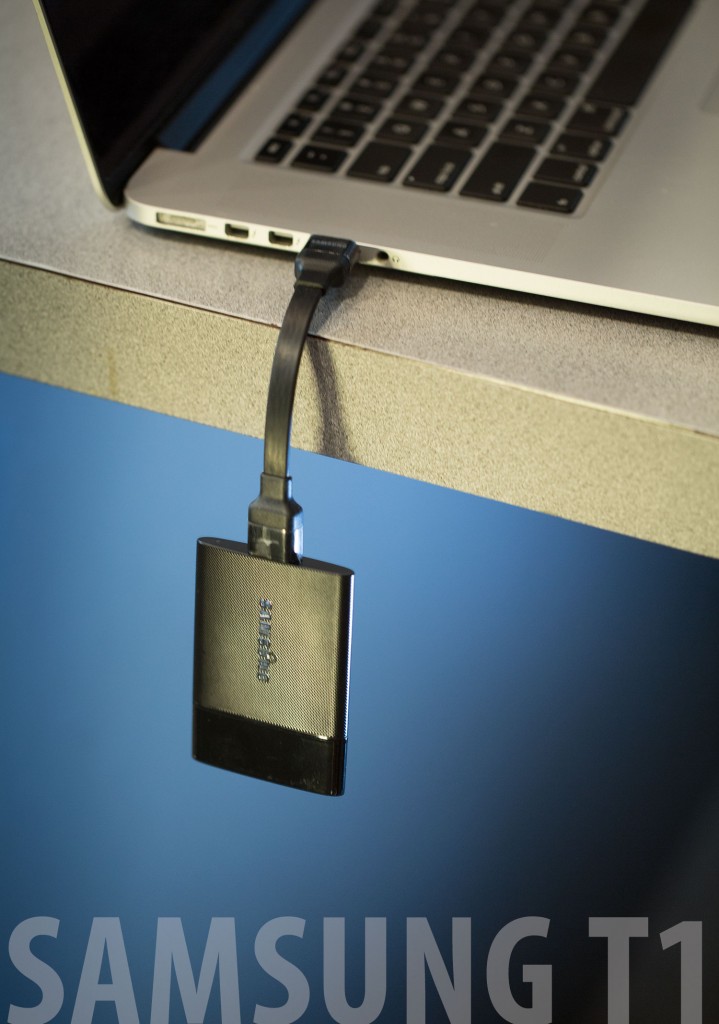 Who edits video on a desktop computer any more? Except for a final color pass and final audio mixing with studio monitors, 90 percent of what I do happens in my lap, on a MacbookPro. I edit on my couch, at a standing desk, in coffee shops, the kitchen, wherever I feel like it. But until I discovered the Samsung T1 USB3 SSD, I had trouble finding portable drives that were large enough to hold entire projects, fast enough to keep up with FCPX, and affordable.

This drive has been a game changer for me. Here’s why.

First observation: it’s tiny. With a smaller footprint than a business card, and weighing just 9 ounces, it feels almost weightless dangling from the side off my MacBook. Other drives will fall off under their own weight if left to hang like that.

But don’t let the small size fool you. The Samsung T1 USB3 SSD is a seriously professional tool, perfect for cutting video. Of critical importance, files stored on the T1 are significantly more secure than files stored on a traditional hard drives, because there are no moving parts.

But speed is where it really shines. Check out the Speed Test numbers below: 374 MB/s write and 425 MB/s read. That’s a zero-wait state for my video editing needs. This drive is FAST. 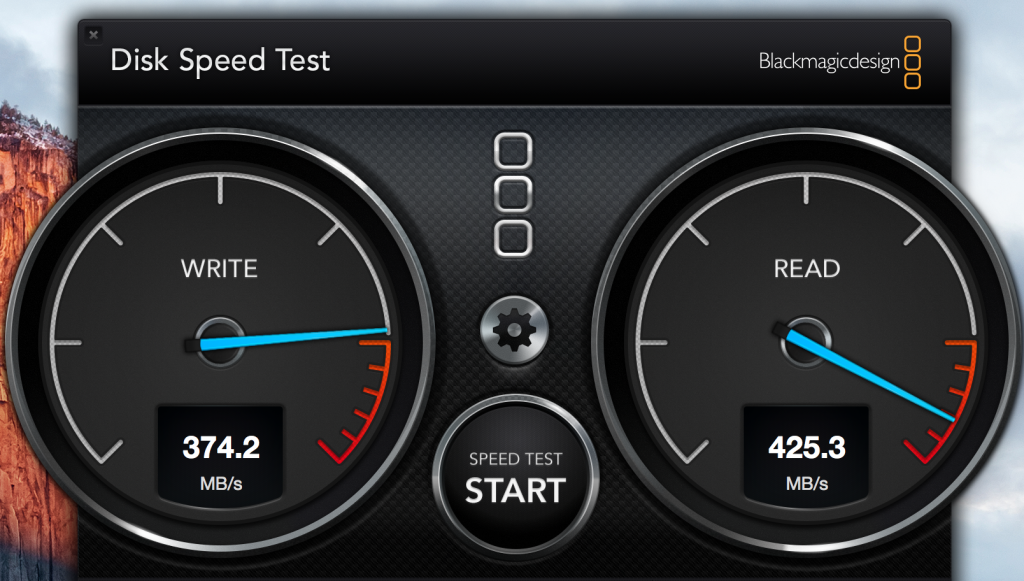 The Samsung T1 is super fast, tiny, and secure

That brings us to price. The benefits of SSD media are well known to just about everybody these days. But affordability? Not so much. Until recently, the fastest SSD I could afford was a half-terabyte Lacie SSD. However, my projects commonly climb to around half a terabyte by the time they ship. So 500GB drives aren’t big enough. There are workarounds, such as cutting with proxies and storing original media on a RAID, and reconnecting later. But screw that. I want to carry ALL the original media around with me when I’m working on a project, whether it’s across my office or across the Atlantic.

So I paid $380 for my T1. Not cheap, for sure, but having used it a few weeks, I’ve got two words to describe the price: worth it. I’ve noticed the price has since gone up to over $400 on Amazon. But for me, even at that price, it remains a value. The time saved while editing, the peace of mind of having my project files on an SSD vs a spinning hard drive, and the ability to carry ALL of my files with me wherever I go is breathtaking.

Here’s a few of the other portable drives I own, in descending order of how I rate them (best at top) and why the Samsung T1 beats each of them:

This drive is actually slower the T1, which surprised me, given that it rocks Thunderbolt. And it’s only half a terabyte. And it costs $500 (although you can find them for close to $400 if you hunt around). If you want to step up to a 1TB Lacie SSD, the only option currently is the Lacie Big Disk Thunderbolt 2 1TB SSD – and that will set you back a whopping $1,200, which puts it out of my league.

For smaller projects, this drive is great. But all that rubberized ruggedness translates into bulk, and I find the Thunderbolt cable is too short to allow me to park the drive on the coffee table when I’m editing on the couch, for example. So I end up sitting on it, and it’s too big for comfort. On the other hand, you won’t misplace this drive! The T1 beats this drive in size, in price, and in speed. But the Lacie is certainly more rugged. 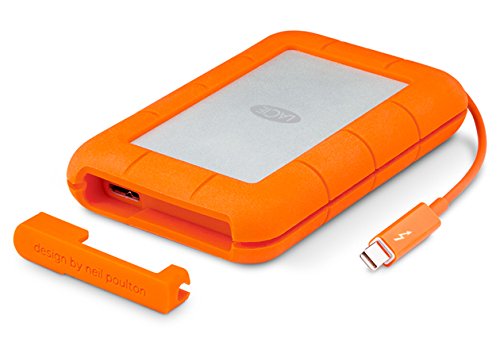 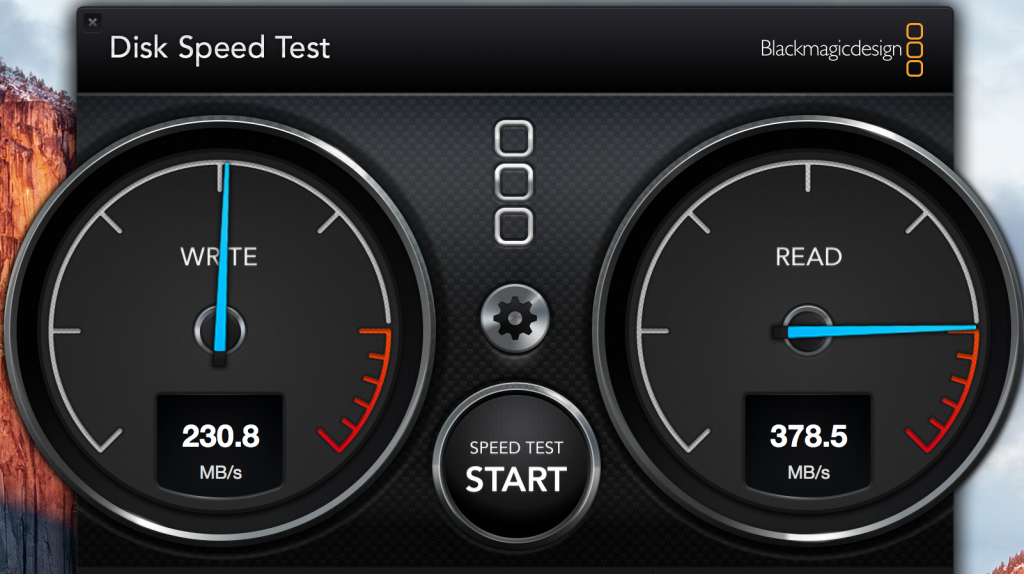 Despite the fact that this drive defaults to RAID 0 and sports a Thunderbolt connector, it isn’t fast enough to cut HD video with on my laptop without slowing me down. FCPX makes a lot of demands on hard drives when skimming through mountains of footage, and I find the spinning beachball is a commonplace when cutting this drive. It’s ALMOST fast enough, but frustratingly, not quite. The Thunderbolt cable is also too short at times. But it’s 4TB size makes it a great place to store backups, and that’s what I use mine for now. This drive costs $300. The T1 beats MyPassport Pro in both speed and size by a long shot. But MyPassport Pro has a lot more capacity, making it a great backup drive. 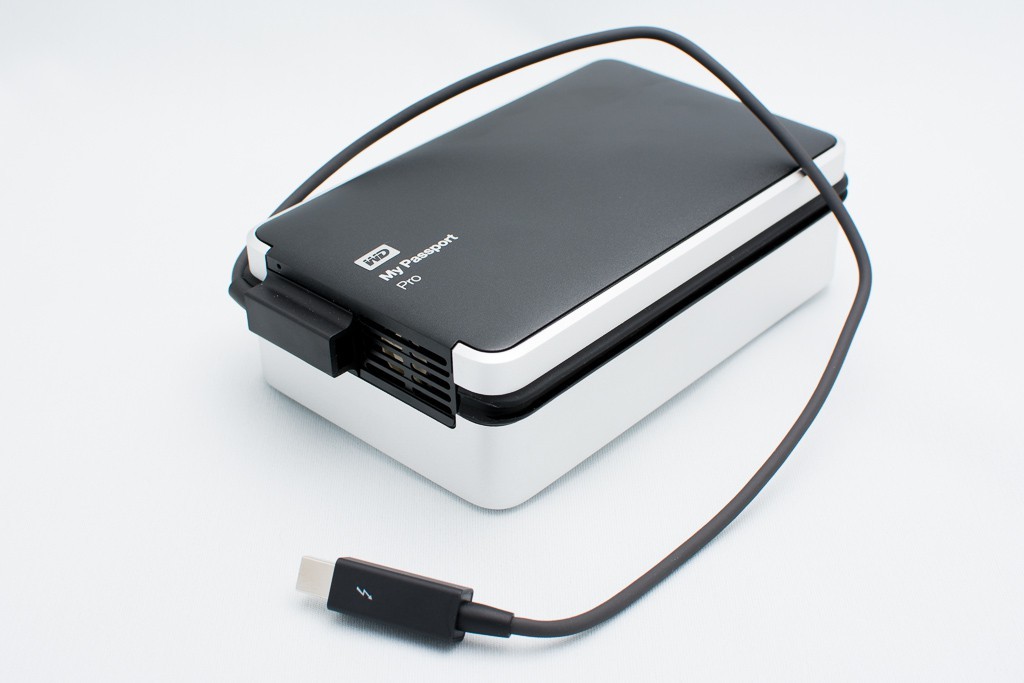 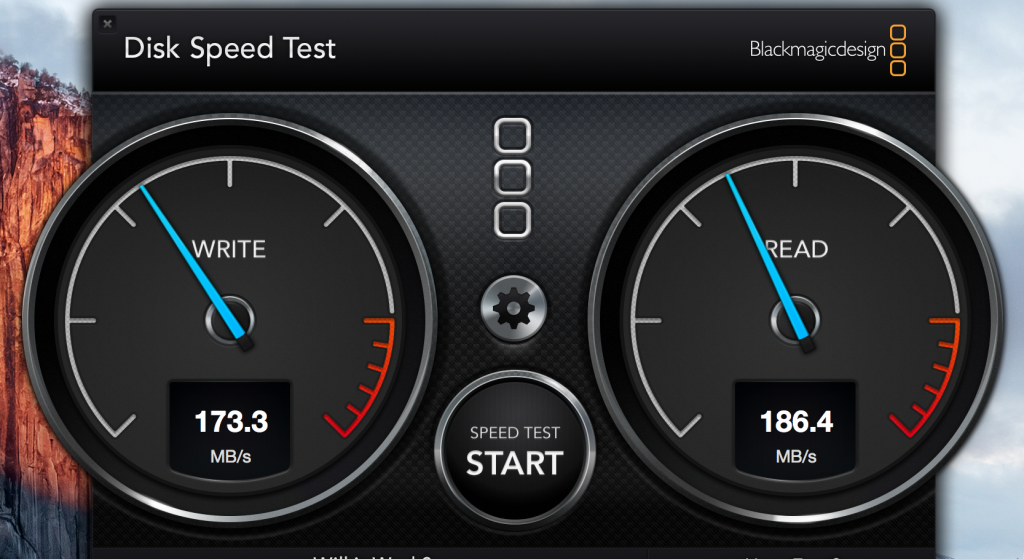 This is a dog in terms of performance, but it’s cheap, reliable, and a great way to hand project files off to clients or other editors. The $78 price tag is very attractive. What more can I say. 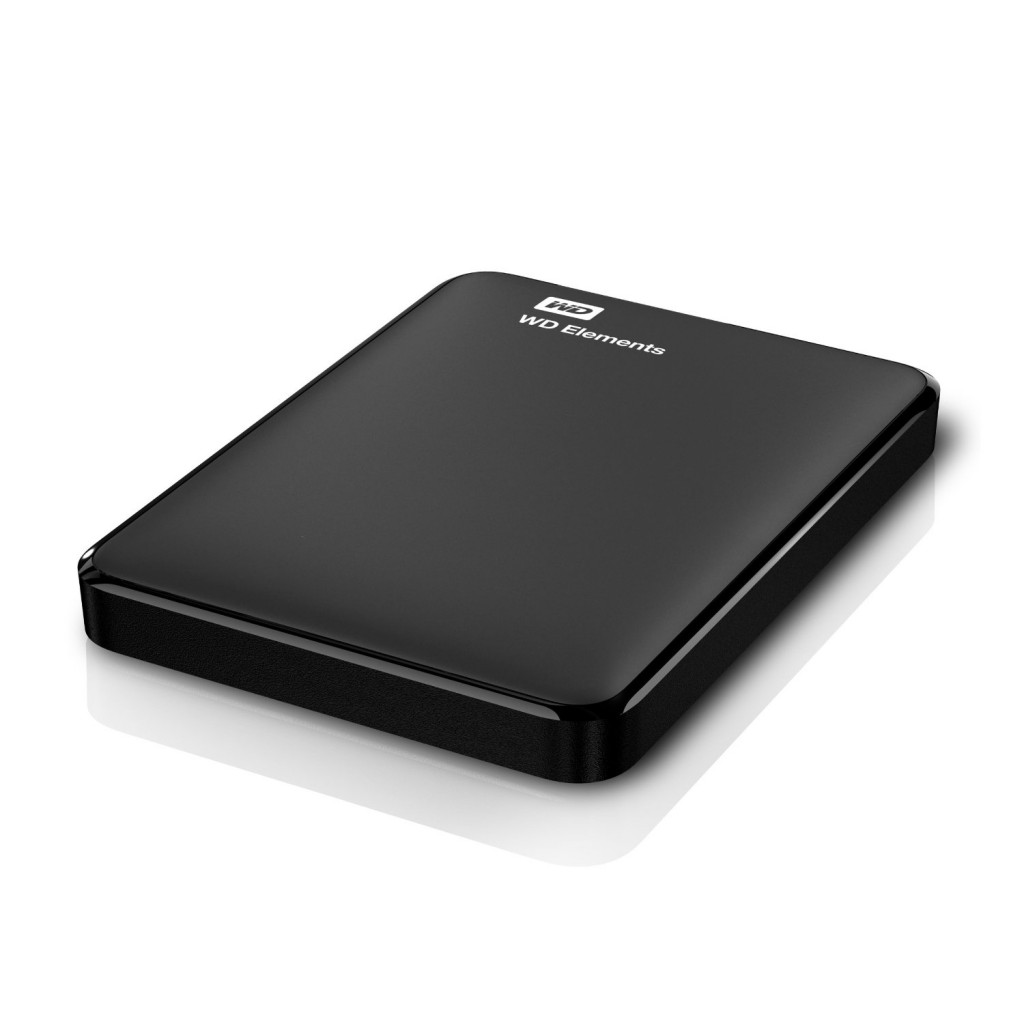 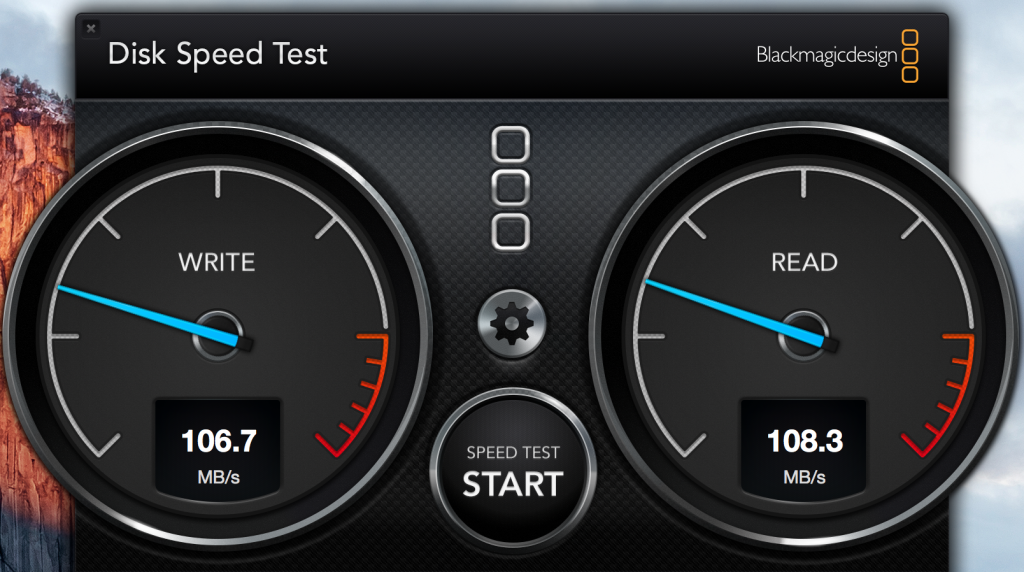 This is another drive that’s really only useful for backups and handing project files around. It’s pretty much the equal of the WD Elements, and costs the same roughly $80. But I put it at the bottom of my list because it requires installing a driver to work on Mac, while the Elements works right out of the box. 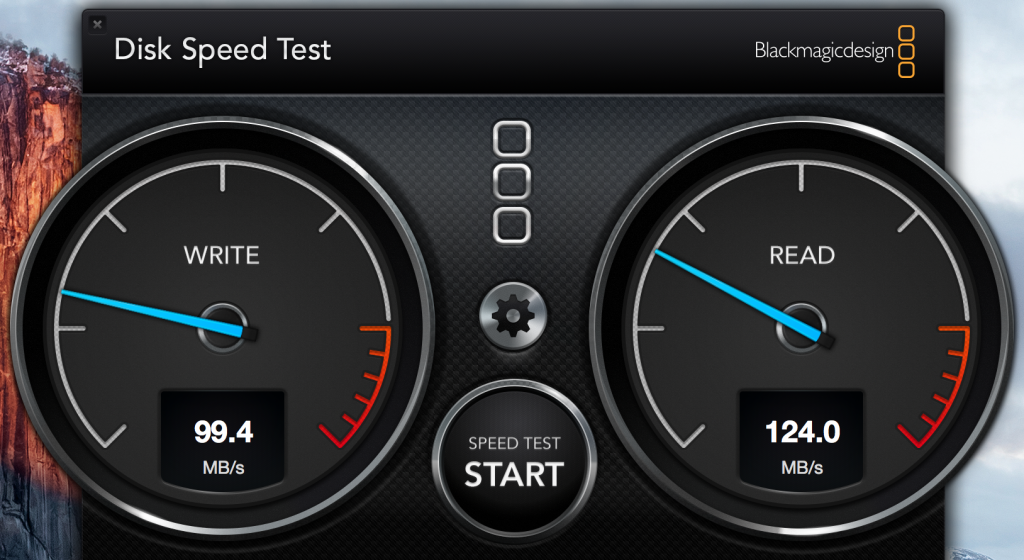