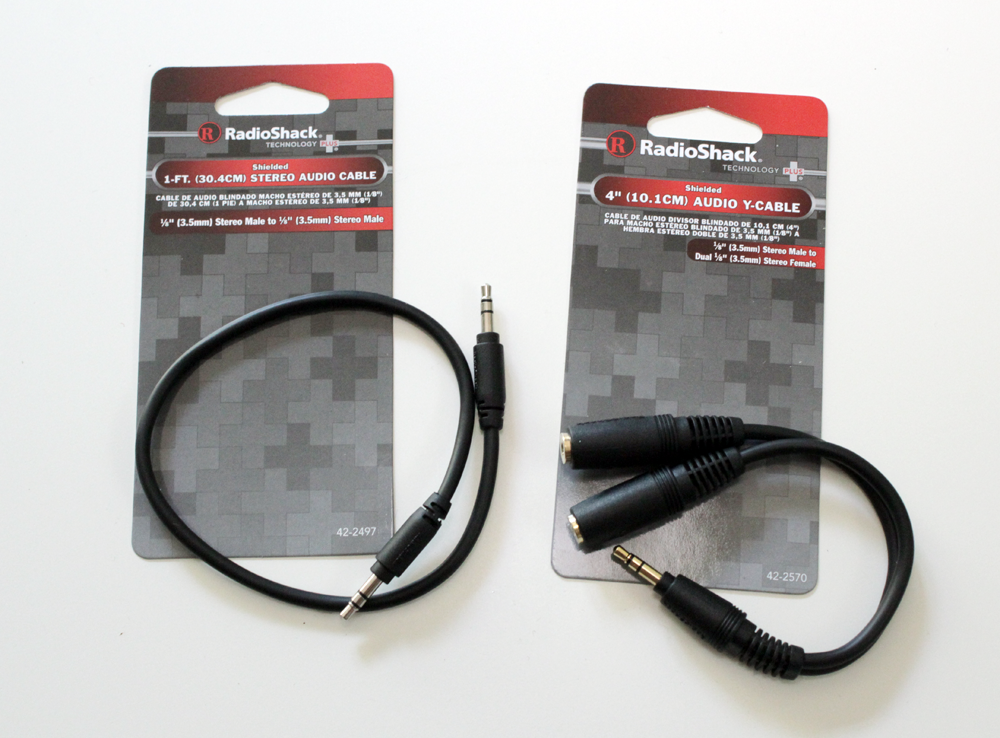 Recording conversations on an iphone is pretty simple once you know how, but I had to spend a couple days and repeated trips to Radio Shack to figure it out. If you need to make professional recordings of both sides of your conversations, such as for interviews, this approach is a winner.

So here’s what you’ll need: 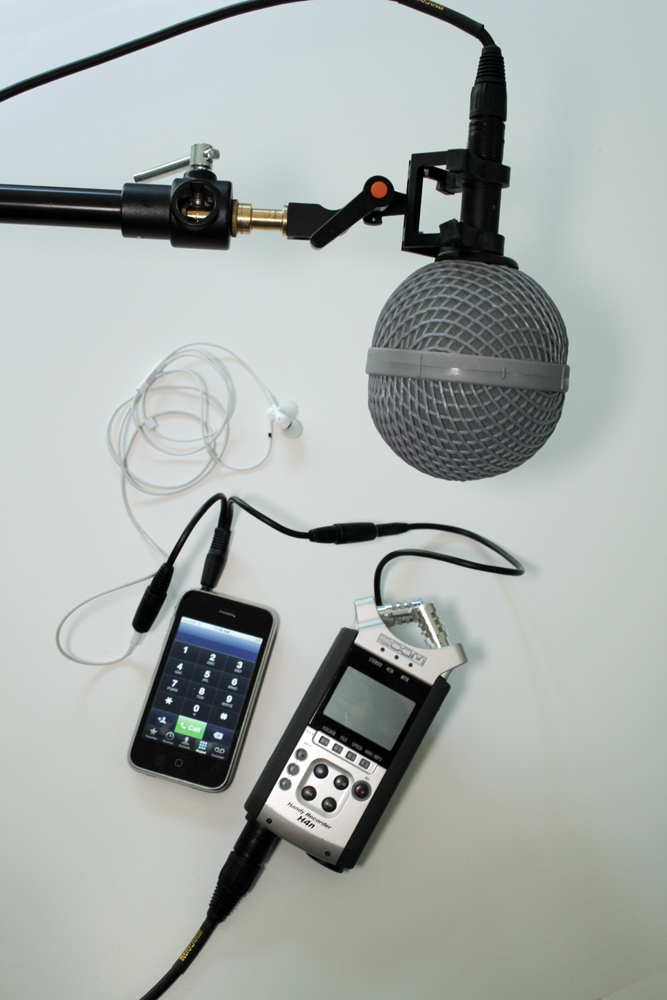 The xlr mic is necessary to record your voice; the splitter running from the phone to the Zoom records the voice of the person you’re talking to. (You might think that your voice would be included on the splitter line, since you’re talking on a mic that transmits via that line – but it’s not.

To configure the Zoom, set the recording mode to “4 Channel,” which allows you to record input from the 3.5mm jack on the back AND from the XLR jacks simultaneously. It’s totally professional because your voice and the voice of the person you’re speaking with are recorded onto separate tracks, which is ideal for editing later in Soundtrack Pro and Final Cut. You can control the recording levels independently as well.

NOTE: At first I thought I could get this to work even more simply by using the Zoom H4N’s built-in mics to record my outgoing audio. But the built in stereo mic is disabled when you plug in the 3.5mm external mic jack. Hence, the need to use an XLR mic to pick up your side of the conversation. 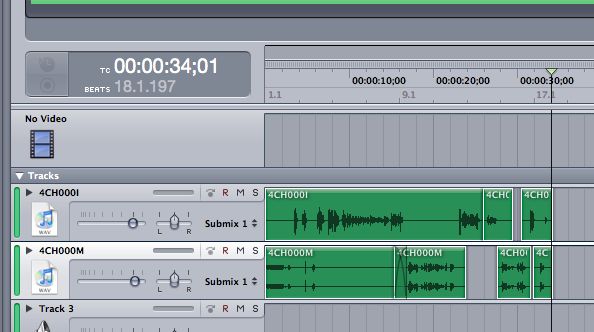 In this 30-second test conversation with my wife, which I edited in a very simple Soundtrack Pro multitrack project (see graphic), if you listen very carefully beginning halfway through, you can hear my wife’s voice being picked up by the very sensitive Octava mic from sound bleeding through from the earbuds. I replaced my earbuds partway through with proper Sennheiser 280 Pro circumaural headphones to keep any sound from spilling out, and for that you’ll need a third-party external mic such as the Shure Music Phone adapter. You can hear Lara telling me initially that it sounds like I’m on speaker phone when I’m using the Apple earbuds, but as soon as I hooked up the Shure, she noted a major improvement in sound.  So here’s a snapshot of my final setup for professionally recording iphone interviews, below.

76 thoughts on “How to record iphone conversations using Zoom H4N”