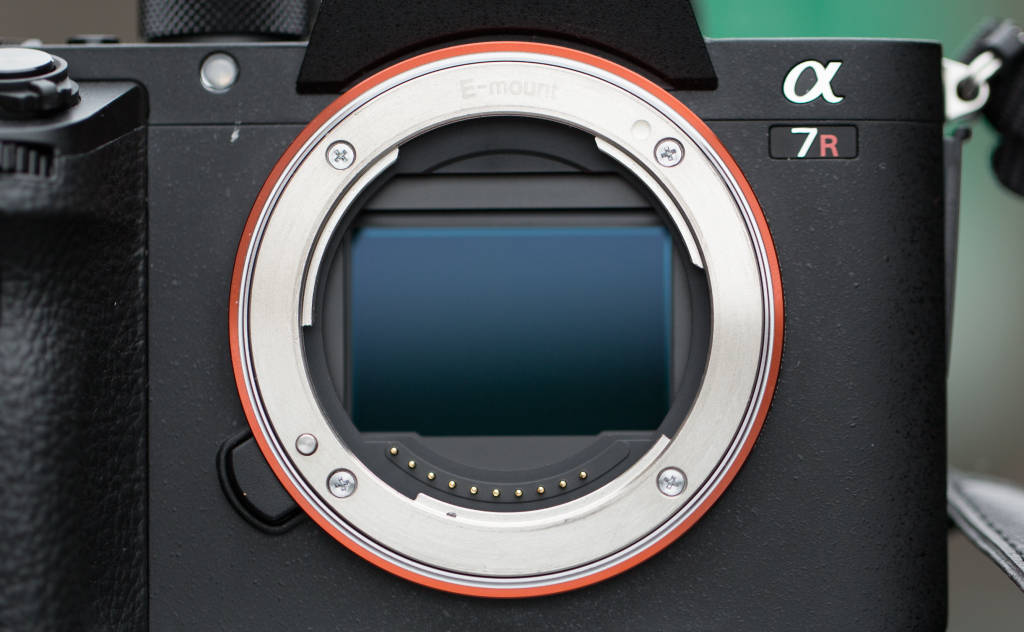 The A7rii is the first DSLR to firmly grip my imagination since the 5dmkii. I spent Labor Day weekend getting to know this beast a little better. And I have a few observations to share. I’ll avoid covering the same ground as others already have. Suffice it to say that this camera records 4K internally, has built-in image stabilization, super 35, full frame video, back-lit sensor with serious low light skills, etc. On paper, at least, it looks like a documentary filmmakers wet dream. So, is it?

Here’s a few things I would like to submit for your consideration.

1. This camera really does capture 14 stops of dynamic range. No, I didn’t do a lab test. I didn’t have to, because I’ve never seen footage like this before. This is potentially a beautiful thing. But…

2. Getting a great image off Slog-2 requires much patience. I spent the weekend playing with it in Resolve, and using a variety of Slog-2 LUTs. Grading Slog footage is far less intuitive than grading Canon C-log, in my experience. However, it’s also more rewarding. When you’re done, you have an image that a Cinema EOS like the C100 could only dream of  producing. But I’m not about to give up my C100 mkii just yet. More on why shortly.

3. It’s HARD to screw up your exposure. That is, you can overexpose by up to THREE STOPS and still not worry too much about clipping. If you underexpose, you’ll get a bunch of noise in the shadows, and have to de-noise in post. But you’ll still have a usable image. It’s a lot like shooting raw, in this way. Pretty amazing. NOTE: If you’re shooting slog2 (and you should be) you will want to generally overexpose everything by two stops, to avoid noise in the shadows. 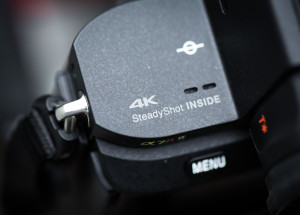 4. The image stabilization is really good, but it’s not a silver bullet. I found that it was possible to handhold footage up to about 35mm, maybe 50mm (in full frame mode); beyond that, it’s Movi time. And forget trying to shoot handheld with Super 35 crop mode – the rolling shutter is just too noticeable. Still, it’s the first time I’ve been able to seriously consider using a DSLR to handhold anything other than hybrid stabilized lenses like my Canon 100mm 2.8 macro IS. So that’s really something.

Using the camera with a lens like the excellent Sony FE PZ 28-135mm f/4 G OSS Lens, which I tested it with, yields great results when shooting in full-frame mode. 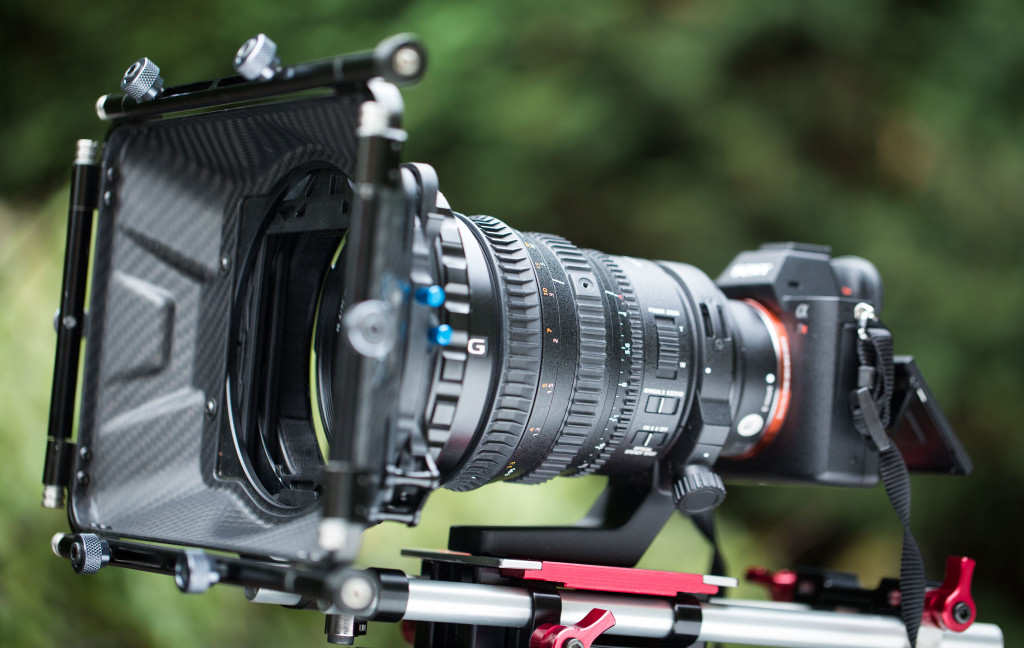 5. Full-frame video look very, very good. While others have reported moire, and theoretically there should be some,  I didn’t observe it even in finely knit clothing like sweaters. So Sony seem to have really figured out a pixel-binning algorithm that works. Full frame video suffers much less from rolling shutter than it does in Super 35 mode (but Super 35 is much better in low light).

6. The batteries are pretty much useless. The tiny battery gave me under an hour of shooting time. But you can power it off a USB charger. So here we start down the path of building our rig…

7. No built-in NDs, of course. You absolutely have to use a matte box, and now we’re really getting rigged up. This is pretty much a deal-breaker for me, for documentary use. Thought: Wouldn’t it be interesting if Sony added built-in ND filters to video lenses like the FE PZ 28-135? Seriously, I want a heavy matte box on the front of my lenses like Rosie O’Donnell wants Trump to be the next president.

At the end of the day, this is an extremely well-speced hybrid camera – half stills, half video. I will definitely being using it for special situations, like when I need to have 4K, or when I want to get stabilization out of non-IS lenses. In fact, I have a shoot coming up in which I need to shoot handheld with a Lensbaby, and I think this camera will be perfect for that.

In order for this camera to displace the C100mkii as my documentary camera of choice, it would need a lot of ergonomic improvements like built-in NDs, longer lasting battery, and faster access to the menu items I need. My biggest daily battle is just getting the shot, so I need a camera that can support me 100 percent in that effort.

Rumor has it that Sony is going to make an announcement about a new video camera later this week. Things would be very interesting indeed if Sony were to transplant this camera’s heart-stopping, full-frame, 14-stop grabbing, lusciously backlit sensor into a real video camera body for, oh, about $5K. Here’s hoping!