For making films, my background in photojournalism turns out to be both a blessing and a curse. On the plus side, I know plenty about cameras, optics, and how to compose a shot. But photojournalism is a reactive game. A photojournalist’s instincts are to show what she sees rather than what she imagines. This is a huge skill: the ability to react almost instantly, to maneuver the camera into the best place to capture the defining moment as it happens.

But making films, I’ve discovered that approach rarely works. There are just too many variables coming up at once that you have to be on top of: sound, light, motion, schedule pressures, crew questions, etc. To find my footing in this related but very different terrain, I’ve had to learn to be proactive. Even for a basic filmmaking task like shooting an interview.

What I’ve discovered is that the simplest and best way to get better interviews is to scout every shooting location. Yeah, I know, probably not news to anyone who’s attended film school. Or like my partner Lisa Cooper, who knew this instinctively. But for me it’s a hard-won lesson. So…

Here’s what works for me:

1. Visit location at least a day in advance of a shoot.
2. Take stills at the location.
3. Review stills, and make a lighting plan.

What happens for me when I walk through a location without the immediate pressure of shooting is awesome. Curiosity becomes my guide. Without the pressure to start shooting in 20 minutes, I see things I wouldn’t otherwise see: a frosted glass window suggests possibilities as a background, for example. But what about that open doorway? Sound might be a problem here…so how about the conference room?

Here’s some shots I took on a recent walkthrough of an office space where we would be shooting two interviews: 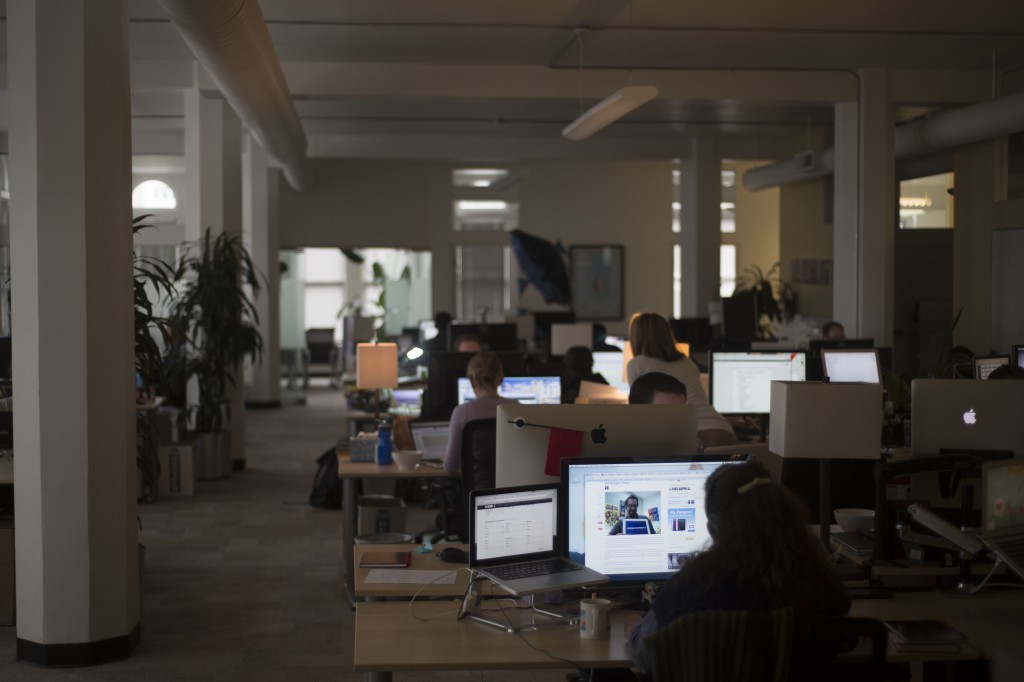 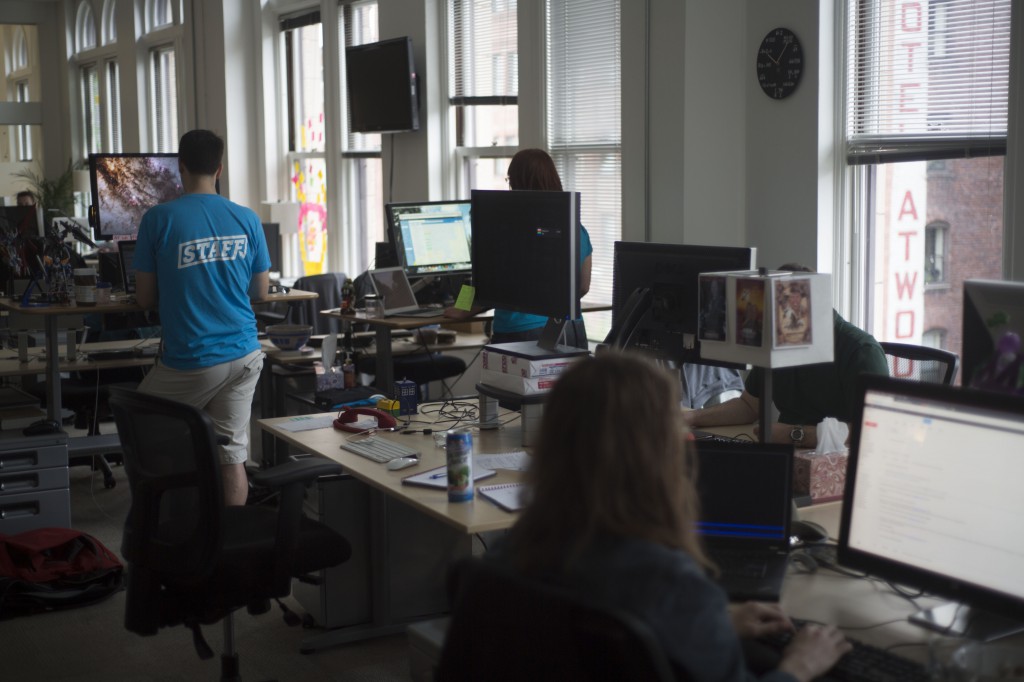 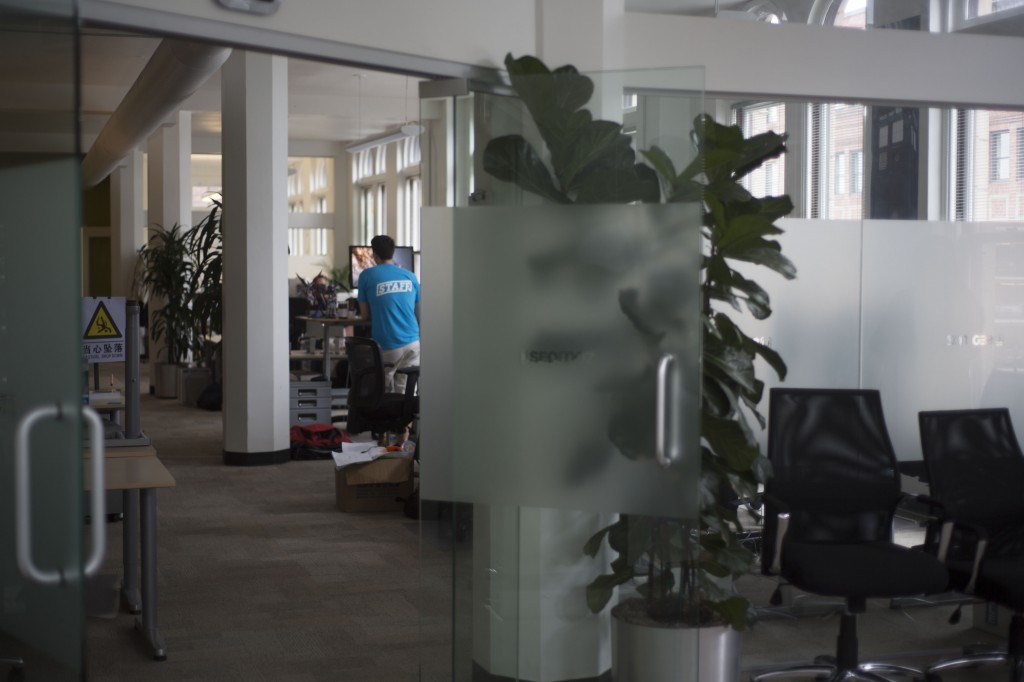 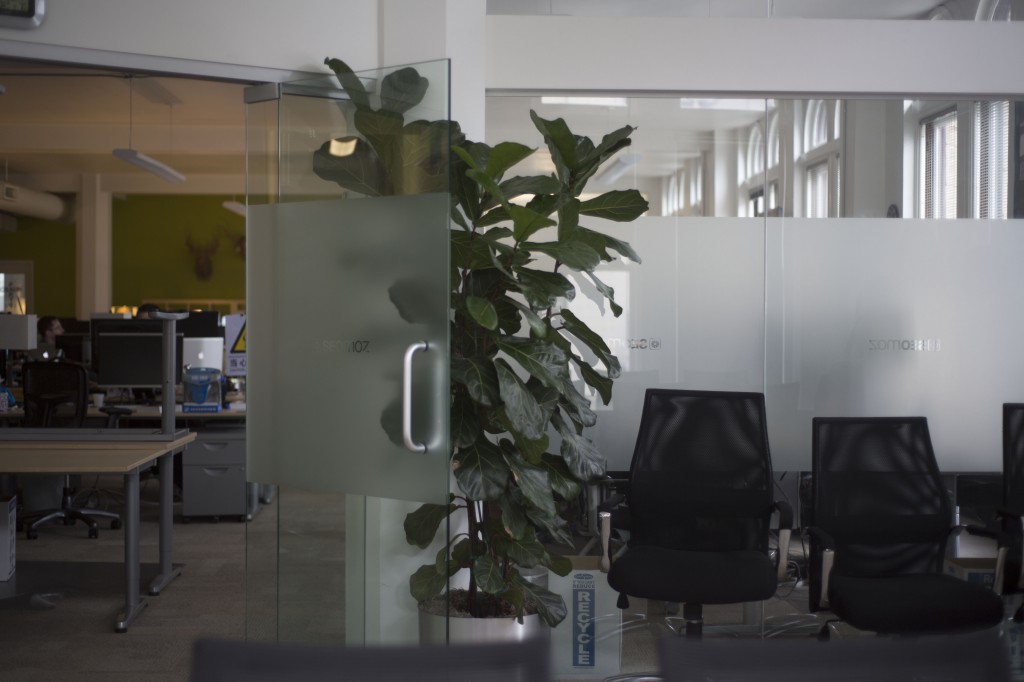 As I visit the space, I take pictures. Lots of pictures. I explore every possible interview room from multiple angles. Even if I don’t think a room is going to work, I take pictures. And what often happens is that when I’m reviewing the shots later, the idea comes to me. Hits me right between the eyes, actually.

An iPhone is ok if you don’t have anything else, but I’ve found that shooting stills with my DSLR is much better. Sometimes background details will provide clues to how best to frame the interview. With the DSLR, I’m able to blow them up and see the detail.

In the case above, my walkthrough began with shots of the employees open office space, and ended up in a conference room that had some frosted glass panes. It was possible to close the blinds on all outside windows. Initially I thought I wanted to do something with window light, possibly with the subject framed in the open doorway so we could see some out-of-focus workers in the background.

Later, when I was reviewing the photos, it occurred to me that the better way to do it was to use the frosted glass as a background, because the topic of the piece was about transparency in business practices. Even though the glass is opaque, the idea of transparency (or lack thereof) is at least hinted at. Here’s what the final interview, which was shot in the conference room, looked like:

Having this plan allowed me to mentally prepare to shoot the second interview, so that it would also match visually. For scheduling reasons, this second interview had to be shot in a totally different location at the same business, a small interior room without any windows. Lucily, however, it had one frosted glass wall, which faced a hallway. To recreate the daylight filtering through glass, I simply placed a daylight-balanced LED light outside and aimed it into the glass. It ended up matching pretty well: 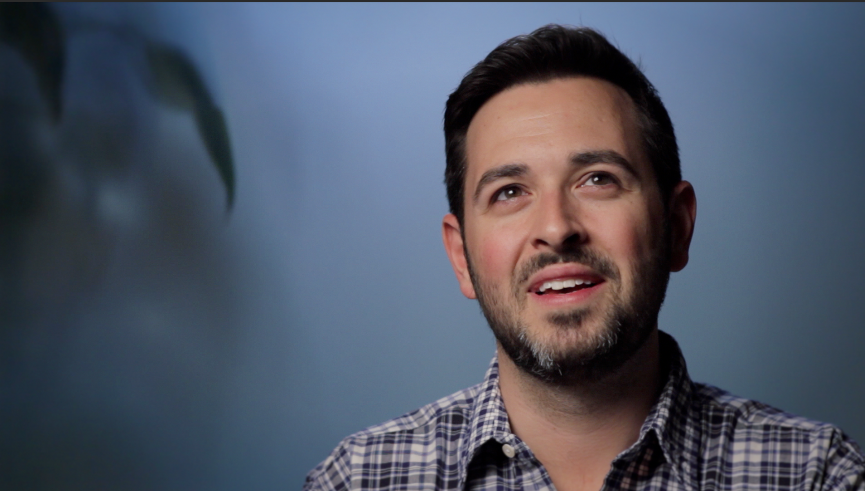 I don’t know if I would have been able to come up with this approach on the spot. But because I had time to plan, I had figured out how to do this in advance, which made for a much more relaxed shoot day.

Another office location that we visited recently presented similar challenges. We walked through a busy office space and found a quiet editing bay, which caught my eye because of the interesting circular patterns. I had Lisa sit in approximately the place where I imagined setting up a soft box to light the subject.

We ultimately shot two interviews in the space, changing them slightly to get each subject on opposite sides of the frame: 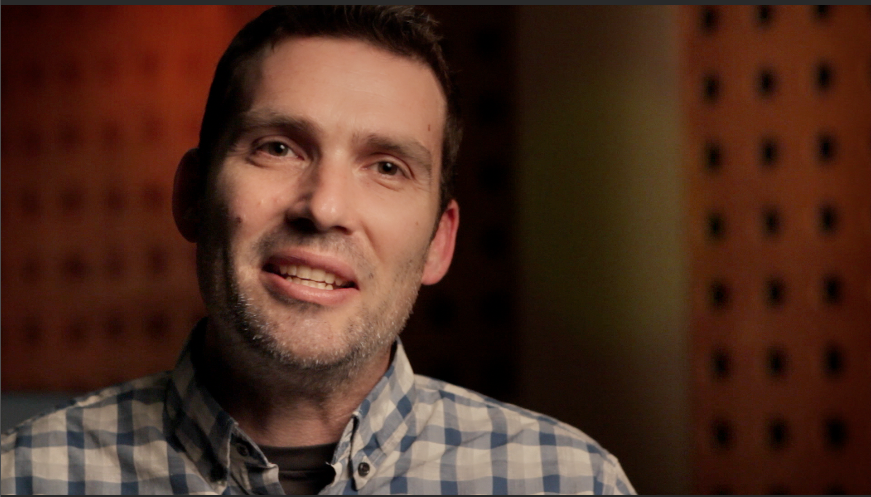 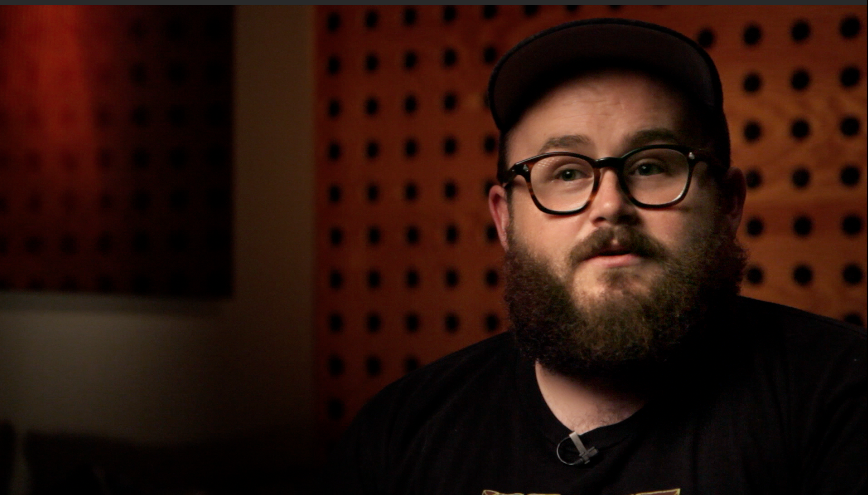 Update: Here’s the post about using Omnigraffle as a tool for planning your lighting.